Looking through the used technology section of any buy and sell platform, you’re likely to run into a 3D projector or, even more rare, a 3D TV. 3D televisions were a short-lived trend that went the way of the dinosaur around 2017. However, there are still some options you should be aware of.

3D projectors are better than 3D TVs because the screen size to cost ratio is much better suited for the buyer. Similarly, 3D TV is only available in used varieties in most areas due to manufacturing discontinuing the product type before 2018.

Also read: How To Watch 3D Movies At Home

Okay, so you might be disappointed to find out that 3D TV is basically dead in the water. (No, we don’t recommend putting any electronics in water – it’s just a figure of speech). However, there are still options.

The price of projectors, especially those that are 3D capable, might scare you a little. However, let’s take a look at these projectors for a moment and make a comparison with the 3D televisions you might find for sale in a used or refurbished capacity.

Is A 3D Projector Worth It?

So you’re out of choices – either a used/refurbished television or a new 3D projector. Well, let’s take a quick look at the options.

The only time, in my experience, that a 3D projector is not worth the purchase is when the projector is a 3D dedicated player. However, these units are scarce, and many modern projectors are 3D capable as an additional feature, so purchasing a solely 3D playing device is extremely rare.

If you are considering a used projector, ensure that you test it first, and also, I recommend you investigate whether or not you can still purchase replacement bulbs for the unit. Many older and now discontinued models have odd bulbs that may no longer be available.

Many audio/video enthusiasts are adamant about their 3D projectors. Many claim they are pretty worth the purchase merely for the pleasure of a more immersive viewing experience.

Can You Watch 3D Movies On A Projector?

Watching an immersive 3D movie is a great way to entertain yourself and others. However, to play a 3D movie on a projector, the projector must be capable of rendering the 3D media.

In general, most projectors will clearly state in their user manual if they can play 3D content. If your projector does not state it is 3D capable, it likely is not, and you will need to seek an alternative to play your 3D content.

If you need to get a 3D capable projector, I like the Epson 2040 that you can find on Amazon. It’s capable of making a screen 90” from only eight feet away, so it’s well worth it with a favorable price to screen size ratio. 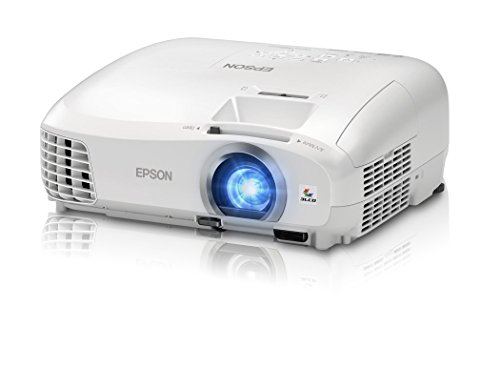 Prices pulled from the Amazon Product Advertising API on:

Product prices and availability are accurate as of the date/time indicated and are subject to change. Any price and availability information displayed on [relevant Amazon Site(s), as applicable] at the time of purchase will apply to the purchase of this product.

Unfortunately for all the 3D television lovers out there, 3D TV is not dying; it’s pretty much dead. Manufacturers stopped making TVs for 3D back in 2017. However, there are still projectors for sale that are quite capable of rendering 3D media.

3D TV is dead and gone. With the arrival of 4k, people all but forgot 3D ever existed.

The Epson I mentioned earlier is one such projector that is fully 3D media capable. However, you’ll find that there are not that many 3D movies or other media available.

Some forms of audio/video rendering software can split the signal and alter the media to create a 3D media output, but that’s a lot of work for the average home theater enthusiast.

Why Is 3D Tv Discontinued?

3D Television had some unfortunate circumstances in what I like to call the middle child effect. When 3D TV became popular (after Avatar in 2009), it was just about the same time that broadcast television was switching from analog to digital signals.

The problem was that everyone mainly had already purchased a new HD TV or a converter to suit the new change from broadcast analog to a digital signal. So, when 3D became trendy a year later, no one wanted to buy a new TV, given that everyone just went through a TV change a year prior.

There are other reasons 3D died, too, like the fact that no matter how you slice it, you have to put something on your face – 3D glasses. Now, we all know how fussy people can be about the comfort of their glasses – add to that a lack of selection in the market, and you’ve got a spell for accessory disaster.

The other main reason why 3D failed was the need to split a signal. Most people don’t have or care to watch 3D with a select die-hard group of 3D enthusiasts. Now, if you make something only capable of being played on 3D, then you cut out a considerable part of the market share.

However, if you make something that everyone can watch, either on regular or 3D, you need to provide the data for both types of media – standard and 3D.

This additional data requirement made 3D bulky and costly to produce. Add in the other variables and the timing, and I’m not sure 3D ever really had a chance. The moment 4k hit, we all forgot 3D ever existed in the first place.