3D cinema is a medium that has sparked interest among filmgoers for as far back as the idea could be conceived.

Conversely, film projectors have become widely popularized for personal home usage over the past decade due to the replacement of slides by digital imagery. Naturally, this has led tech enthusiasts and movie buffs alike to wonder, can a regular projector play 3D? 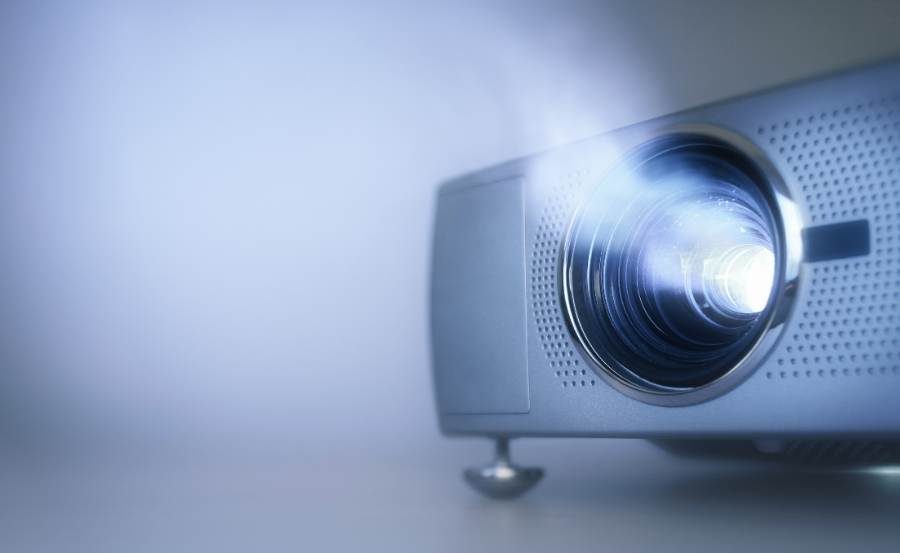 3D projection is still a relatively new and not yet widely understood technology for many. By the time you have finished reading this article, you will thoroughly understand the differences between 2D and 3D technology, the setup requirements, proper viewing of 3D projectors, and their limits.

Check out my guide on how to watch 3D movies at home.

How 2D And 3D Technology Work

Although a stark visual contrast between 2D and 3D projection exists, you may be surprised to learn that the technology behind the two is not as different as you might think.

Many commonalities between these two different forms of projection exist. They both rely on images to be shown at a high rate of speed. They also rely on their ability to perturb the visual perception of the audience.

For example, the original still-frame projectors used clever visual methods in order to disguise the transition from one slide to the next. Likewise, 3D technology uses sophisticated methods to create the illusion of depth by isolating the viewer’s left and right eyes.

Although these methods may seem incredibly complex for those new to projection technology, they might actually prove to be fairly simple. In the next section, we will go into the history of projection, and the mechanics behind it.

In 1892, French inventor Leon Bouly created a machine that would go on to change the world of film forever. His invention, dubbed the cinematograph, was the very first design of what would later become the modern-day 2D projector.

Bouly’s monumental invention laid the groundwork for and set in motion what would be a seemingly endless process of film evolution. All subsequent models were built off of his initial framework.

Early versions of the common film projector relied on a moving strip of still-framed images, a light source to beam said images, and a lens capable of focusing the images in a life-sized projection onto a screen for convenient large audience viewership.

Eventually, these film strip projectors would be replaced by digital display projectors capable of much higher resolution and faster processing speeds.

The film projector’s evolution would not stop there, and it would not be long before another remarkable technology would breakthrough onto the main stage. 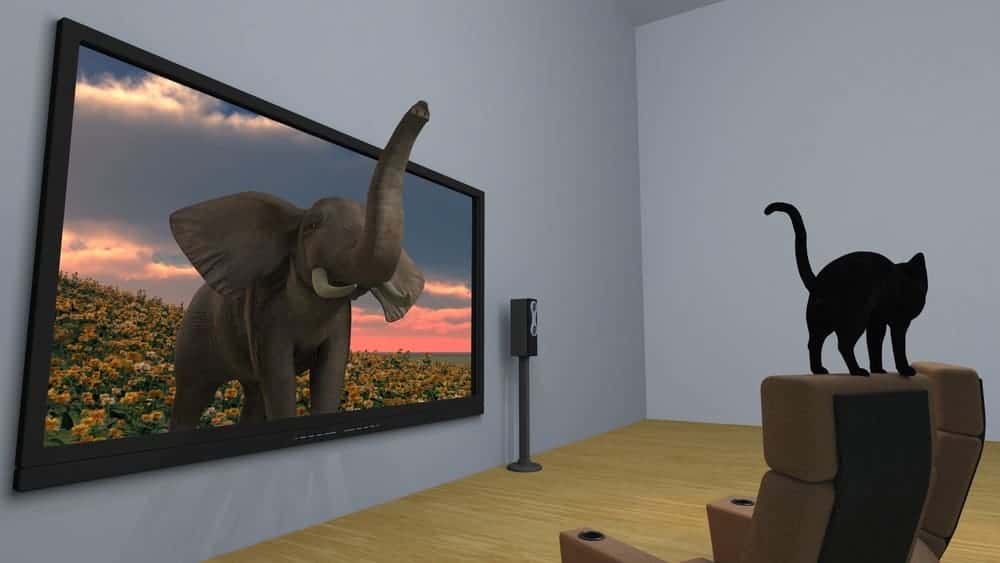 In recent years moviegoers have enjoyed the excitement of viewing some of their favorite motion pictures on the big screen in a life-like 3-dimensional format.

3D movies are much more engaging for the audience as the realistic depth provides a visual sense that you live in the scene instead of merely observing it.

Naturally, this has led many to wonder, is it possible to bring this 3D visual experience to the comfort of their own home. Thankfully, due to modern projection technology advancements, special 3D projectors can be purchased and viewed by just about anyone.

In general, 3D projectors function very much like their 2D counterpart but with a slight difference. Simply put, a 3D film projector works by combining two separate but similar images simultaneously.

The two overlapped images represent slightly different angles, which are perceived separately by your left and right eye in normal life. Based on this principle, many different techniques can then be applied to create the illusion of depth.

Because 3D projectors work by displaying multiple overlapped images at once, much higher processing speed is required. For this reason, it is unfeasible for a regular projector to play 3D images. It simply does not possess the power to output images rapidly enough.

Requirements to Set Up and View a 3D Projector 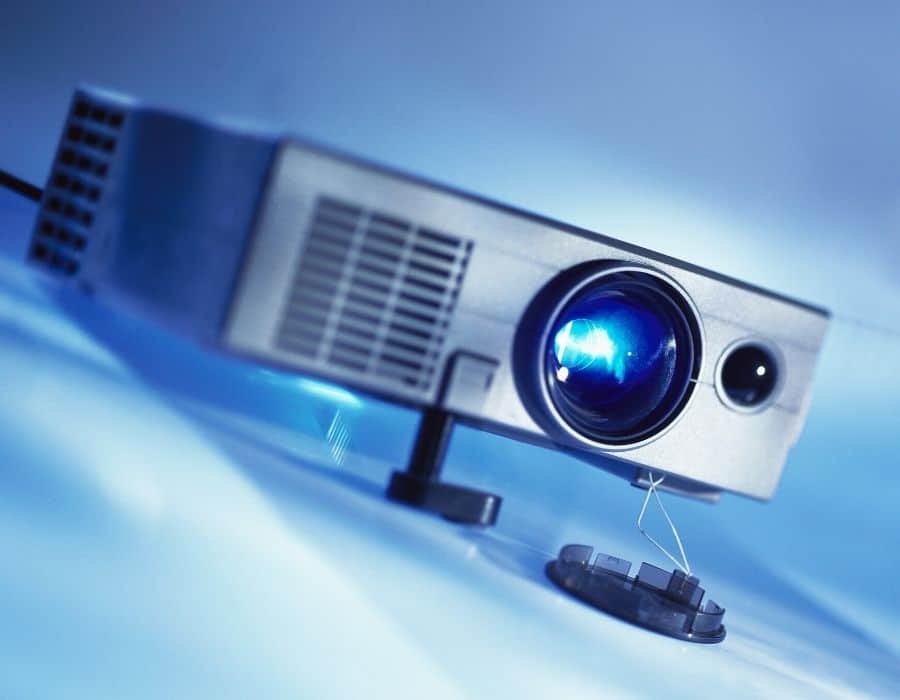 Using a 3D projector requires slightly more equipment than using a regular projector, wherein all you need is a wall. Thankfully, for a standard 3D projector, a special screen is not required to display the desired images.

However, glasses are essential for viewing. Here I will quickly explain the different types of 3D glasses and how they work.

When it comes to 3D glasses, three different glasses can be used in conjunction with a 3D projector to perceive the full visual experience.

Read: Can You Use 3d Glasses from the Movie Theater at Home?

The three different types of glasses correspond with different methods of projection. They are known as anaglyph 3D, polarized (passive) 3D, and active 3D. 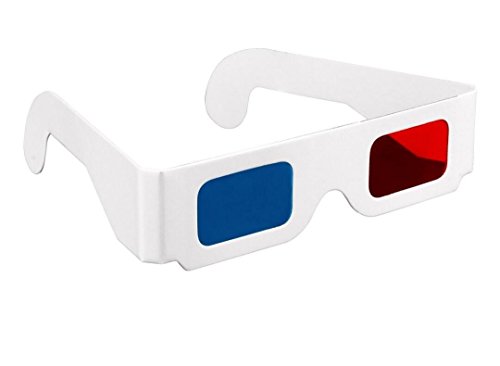 Anaglyph 3D glasses are the old school red and blue lensed glasses, which many may remember from their childhood. Interestingly, anaglyph is the only method capable of viewing 3D in printed images such as magazines or comic books.

Anaglyph 3D works via a stereoscopy process in which two images are overlaid but slightly offset from one another.

Each image is presented in a different color and viewed through a lens that simultaneously blocks out the other image’s color, which is not intended to be seen. This makes it, so each eye only perceives one particular view, hence creating the illusion of depth. 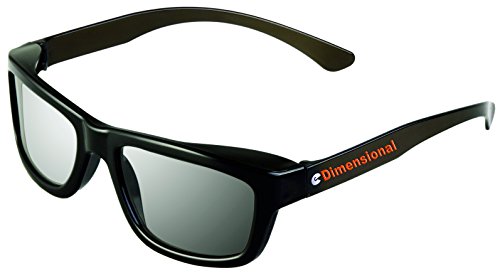 Anyone who has gone to the movie theater to view a film in 3D will likely be familiar with polarized 3D technology. These are the glasses that are distributed at the start of the film. Polarized 3D is the most common 3D medium.

3D polarization also relies on a process of stereoscopy. However, instead of filtering based on color, the overlaid images are filtered out by polarized lenses.

One lens is polarized vertically and horizontally to allow each eye to see a separate image while simultaneously blocking the other from view, creating life-like depth perception. 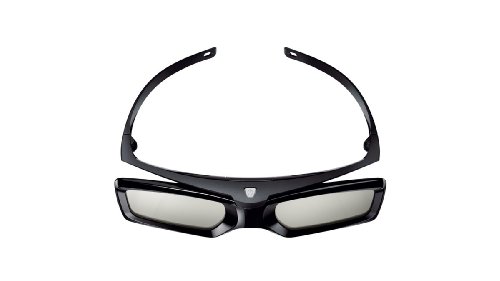 The third and most interactive form of 3D technology is known as active shutter 3D. This system is similar in principle to those mentioned earlier. Two in that it works by isolating the left and right eye, allowing each to view a separate image simultaneously.

The main difference being that the lenses can be actively commanded to toggle on and off by synchronizing the glasses with the projector via a wireless connection such as Bluetooth.

Are 3D Projectors Worth It?

By now, I’m sure you may be wondering, is purchasing a 3D projector for my home worth the cost and effort? Thankfully, 3D technology is not only more advanced than it has ever been in the past. It is also more affordable.

3D projectors can be purchased online from practically any place that deals with computers. Check out my recommended projectors.

One of the best features of this projector is its adaptability. It works to enhance the picture quality on any surface on which it is displayed on.

This means you will not require a perfect monotone wall to enjoy your viewing experience. The Acer Home Theater Projector will stand up to the test even in suboptimal conditions.

Due to the immense speed and processing power required to overlay multiple images simultaneously, it would be unrealistic to expect a regular projector to produce such output.