Setting up your home theater is exciting, but it can also come with a myriad of questions regarding the setup. Especially when it comes to advanced technology like 3D projectors, you might be wondering if they require special screens for optimum performance.

So, Do 3D Projectors Need a Special Screen?

3D projectors do not require a special screen considering their technological capacity is advanced through the use of special 3D glasses to be worn to view the 3D projection. If you are using a dual 3D projector, a polarized screen may be required, but this is not true with a standard 3D projector.

Check out my top picks for home theater projector screens. 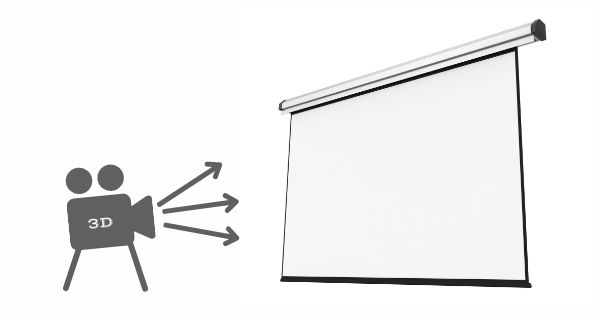 Of course, you can also add in a few additional factors that can help with the visibility of the 3D projection in your home theater. Fortunately, this does not require the use of a special screen but can be through other modifications or selections like the projector ratio, lighting setup, and tightness/evenness of the screen.

Let’s take a closer look at how 3D projectors work to more fully understand why a special screen is not required.

Also read: Do You Need a 4K Screen for a 4K Projector?

How Does a 3D Projector Work?

If you are looking into installing a 3D projector into your home theater, then you can likely remember the days when your family would pack up into the car, arrive at the IMAX theater, and head to the coveted 3D experience.

Never in your wildest childhood dreams would you have imagined getting to experience this in your own home, but now this is possible.

3D projectors come in a few different formats: side-by-side, top-and-bottom, and frame-packing 3D signals. These options all incorporate dual images that are interpreted by your left and right eye, respectively. Through the use of passive or active 3D glasses, you are able to view the 3D projection.

However, some people think that because the image that is being projected onto the screen is 3D as opposed to a standard projection, they need to incorporate a special screen to make this work.

Interestingly, the technology is more advanced and does not require this to be the case. Fortunately, being able to view the 3D projection can be done through the use of passive or active 3D glasses (as mentioned above).

So, when you bring your family and friends into the home theater that you have built- one that includes your 3D projector- you can rest assured that the experience will feel just like the good old days with 3D glasses to make you feel like you are at the IMAX all over again.

Along with that, the cost of 3D glasses is not extraordinarily high, so you do not have to worry about spending too much of your home theater budget on the technology required to incorporate a 3D projection into your movie-viewing experience.

However, if you are using a dual 3D projector, you might be required to install a polarized screen. A dual 3D projector uses two projection lenses that project the dual images interpreted by your left and right eye as stated above.

However, instead of just relying on the glasses, you will be able to enjoy the heightened experience that the dual 3D projector can provide.

It is important to note, though, that the use of a polarized screen is often required with a dual 3D projector because the projections themselves are coming from two projection lenses rather than being interpreted by the compact 3D signals formatted to be interpreted by the lenses.

This can be the case when your 3D projector is passive, too, considering it is requiring a polarized screen and the lenses to perpetuate the 3D image for your eyes to process.

Still, you will likely have to wear 3D glasses even with the use of a polarized screen, so it is up to you to determine which of these options is preferable.

Typically, this comes down to product recommendations and reviews. However, many people who are updating their home theaters are finding that the use of an active 3D projector with active 3D lenses can help them to avoid the use of a special screen and keep the one they already have in place.

Again, this will come back to how often you plan to stream in 3D and if you would prefer to use a standard screen or incorporate a 3D or 5D specialized projector screen.

What are 3D and 5D Projector Screens? 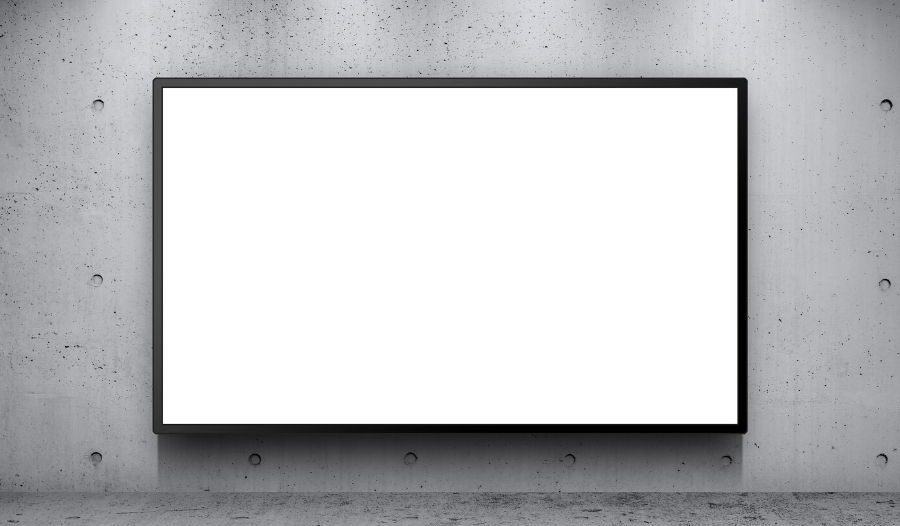 So, we have established how a 3D projector works and have also ensured that you may not need to use a special screen when using a 3D projector.

3D and 5D projector screens are polarized meaning they are embedded with the technology that allows multiple images to be picked up. Thus, when paired with your passive 3D glasses, both lenses are able to capture an image and respectively convey a dual, 3D image for your eyes to interpret.

However, to be effective, 3D or 5D projector screens use a specialized silver material that creates the possibility of this technology’s effectiveness.

To prevent blurred or distorted images (often referred to as ghost images), the projector screen must maintain complete retention of the polarization- thus requiring that no damage has been done to the screen.

Paired with the information above, it can be confusing when you would need to use this type of screen. However, it can be pretty simple when you pay attention to the user guide of your unique 3D projector.

Not only does a specialized 3D projector screen allow for the polarization of images to make 3D projection possible (and enjoyable), but the material that is used is also specifically aimed to enhance the brightness and contrast in the projected image.

Since passive 3D projectors can lose up to half of the brightness in the dual images projected, the use of a specialized 3D projector screen (especially with silver), can help to recapture the intended visual appeal of the passive projected 3D image.

What Type of Glasses Do You Need to Use with a 3D Projector? 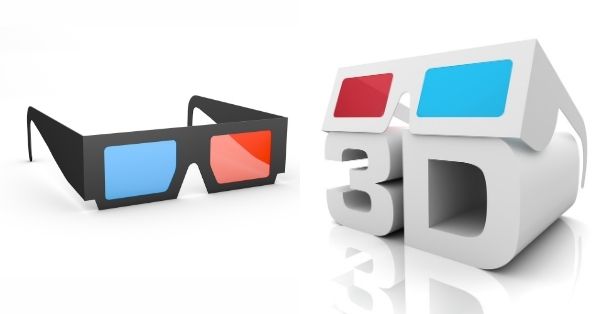 Before you are able to enjoy a movie projected by a 3D projector, you will also need to place the oh so lovely 3D glasses on. But, what type do you need? This can often come down to the type of 3D projector that you are using, so it is important to pay attention to the user guide. Still, this decision does not have to be overcomplicated.

You can choose between passive or active projector glasses, and either way you should be able to view the image projected by your 3D projector.

However, one of them (active) is simply more advanced than the other type of 3D projector glasses, so it will naturally be a more comfortable fit for 3D projection movie viewing in your home theater.

Along with this, when using passive 3D glasses (that require your eyes to converge the two captured images rather than the technology in active 3D lenses doing this for you) might require a special 3D projector screen. Hence, why it is important to distinguish between the two types of glasses.

How Do You Enhance Visibility of Projected 3D Images?

Ok, so you have the perfect 3D glasses (passive or active, respectively) paired in your home theater room, and you know what type of screen to purchase. Now, how do you add greater visibility to your space to allow the 3D projection experience to be just like (or better than) what you would experience in a cinema?

To enhance the visibility of projected 3D images on the screen, consider the following recommendations:

These, among other tips, can help you to have an incredible experience with your 3D projector in your home theater. Happy movie viewing!