Since the beginning of moving pictures, most video and even photo orientations have been horizontal. However, since the invention of smartphones with cameras, more and more people have been recording their videos vertically.

Projecting those videos onto a screen often looks strange due to the videos not projecting in the right orientation, so this begs the question: can you put a projector on its side to fix this problem? 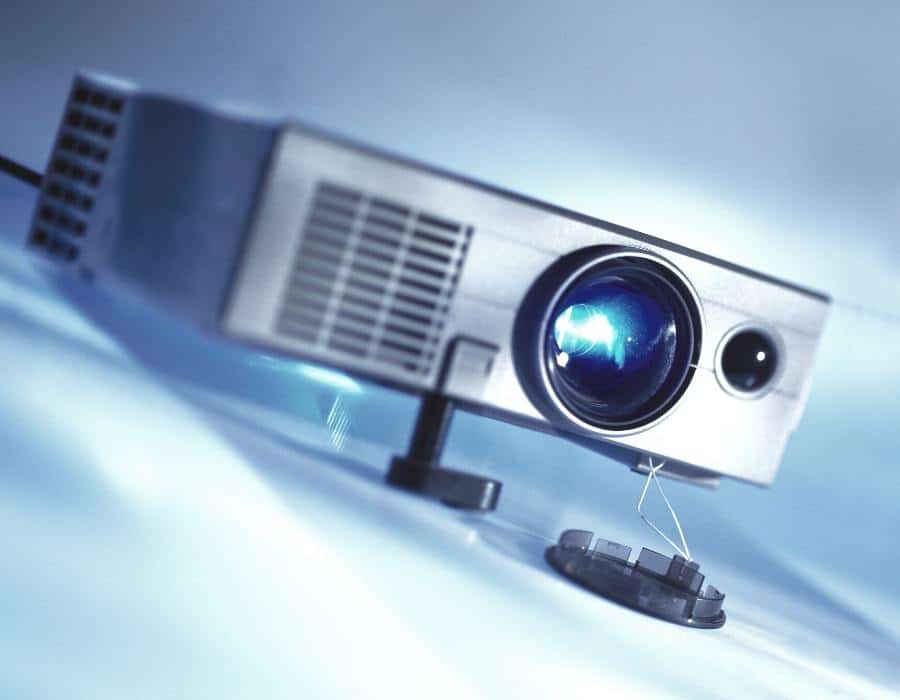 In this article, we will discuss a few topics related to this question to help you better understand how a projector works and why they are not suited to be stood on their sides. Let’s dive right in.

Also read: Can You Mount a Projector Vertically?

There are three different types of projectors that are popular today, and we’re going to do a quick overview of how each of them works.

An LCD (Liquid Crystal Display) projector works by shining a polarized light from a lamp through a series of liquid crystal panels (red, green and blue).

It goes through a prism, which curves the light using an electrical current, and through a filter to produce an image that is projected onto a screen through the projector’s lens. It is the projector that you likely have at home and produce a great quality image at a low cost.

A DMD chip contains roughly 2 million tiny mirrors that work together using a mosaic-like effect to reflect the light being shone through a quickly spinning color wheel to create a magnified image of whatever is on the video being played.

DLP projectors are most often used in cinemas because they produce a very good quality image, but they are also more expensive for it. 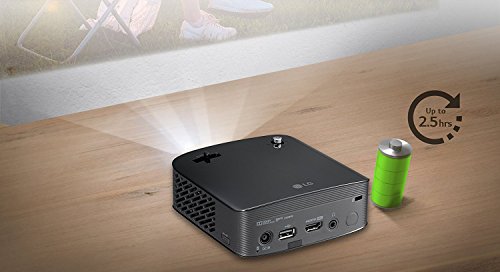 LCoS (Liquid Crystal on Silicon) is the newest technology among projectors. It is also the most costly and most complicated type of projector to make.

It works by combining the DMD chip of a DLP projector and 3 crystal panels of an LCD projector to create an image that many say is much clearer and more vibrant than that of either of the other projectors on their own.

LCoS projectors aren’t used very much yet, because of their price point, though if you went to a high-end cinema you might be watching an image projected by an LCoS.

Why You Should Not Put a Projector on Its Side

Now that we’ve taken a look at how a projector works, let’s discuss why standing it on its side isn’t as good an idea as it seems.

As discussed previously, there are a lot of moving parts and small components on the inside of projectors that enable them to work the way they do.

This means that they need to be handled with a lot of care. Otherwise, the delicate inner workings of these machines might become damaged.

Most projectors are made with the option of being set down on a sturdy surface or mounted upside down when being used.

The user manual also usually has some guidelines on using the projector and will almost always tell you that you should not mount the projector facing directly up or down or have it standing it on its side.

There are two main concerns when it comes to the viability of standing a projector on its side: ventilation and stability of the parts inside the projector.

There are two vents on a projector, one on the front and one on the back, and while this may seem like it wouldn’t be a problem if you stood the projector on its side, the problem lies in the amount of space available inside the projector for the air to move through.

This accumulation of hot air inside the projector could cause the electronics to overheat and get damaged, meaning you would have to get these parts fixed or even replace the projector entirely.

Stability of the Parts Inside the Projector

Because the parts inside the projector are fragile and attached in a very specific way, they are made with the way they’ll be mounted in mind.

Standing a projector on its side will leave these parts without the necessary support they need and could lead to them getting damaged or malfunctioning sooner than they might if you used the projector in a horizontal orientation.

A Projector Made Specifically for Vertical Videos: Acer C250i 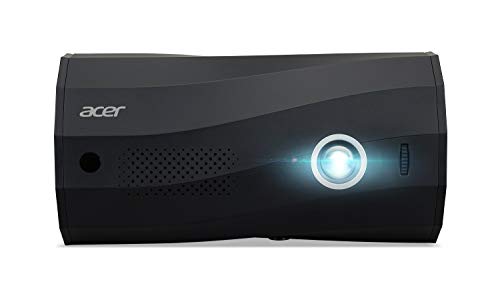 One of the perks of living in the technological age is the speed at which new products and technologies are developed. It’s almost as if the things we want are made before we even know we want them.

This is the case with the Acer C250i Projector. Acer realized that more and more people are using their phones to record video, and thus the videos would most likely be vertically orientated. So they made a projector specifically for playing your smartphone videos.

The Acer C250i is a portable projector that can be orientated either vertically or horizontally, and it will automatically adjust the image to match.

It can be connected wirelessly to your phone, tablet, or computer, but you can also connect it to your computer via an HDMI or USB-C cable.

It has a built-in speaker and the ability to connect an external audio device through the headphone jack on the side. It has a pixel resolution of 1920 x 1080 and produces roughly 300 lumens, which is quite good, considering it’s a portable projector.

However, it’s good to note that a closely priced theater projector will give you around 2500 lumens, so it’s best to use this projector in a dark room.

This projector can run without being plugged into an outlet, as it’s battery can last up to 5 hours, depending on the usage.

It is a relatively steep price point for such a small projector, but when you consider the amount of hassle it will be saving you, it becomes a more appealing option.

If a space issue is why you want to use your projector on its side, then you should get one of the small portable multimedia projectors being manufactured specifically to take up less space in your room.

From a technical standpoint, standing a projector on its side is bad because:

This means that you probably shouldn’t put your projector on its side, as it could cause some very serious issues and significantly decrease your projector’s lifespan.

Luckily we live in a quickly developing technological age, and there are already projectors being made for vertical use.

Check out my recommended projectors for home theater.