Choosing the right projection setup for your home theater is a big decision. After all, you want to get the best bank for your buck, and choosing the right equipment for your space is a big part of that. If you are considering purchasing a short throw projector, you might be on the fence.

Short throw projectors typically cost more than long throw projectors, perform best on a light rejecting screen, and can be a bit noisy from the fans used to cool down the machine. However, for those in small living spaces, the reduced throw distance and various mounting options make them worth it.

Of course, choosing the right projector for your unique space comes down to a few different specific preferences. Check out my top picks for home theater projectors. 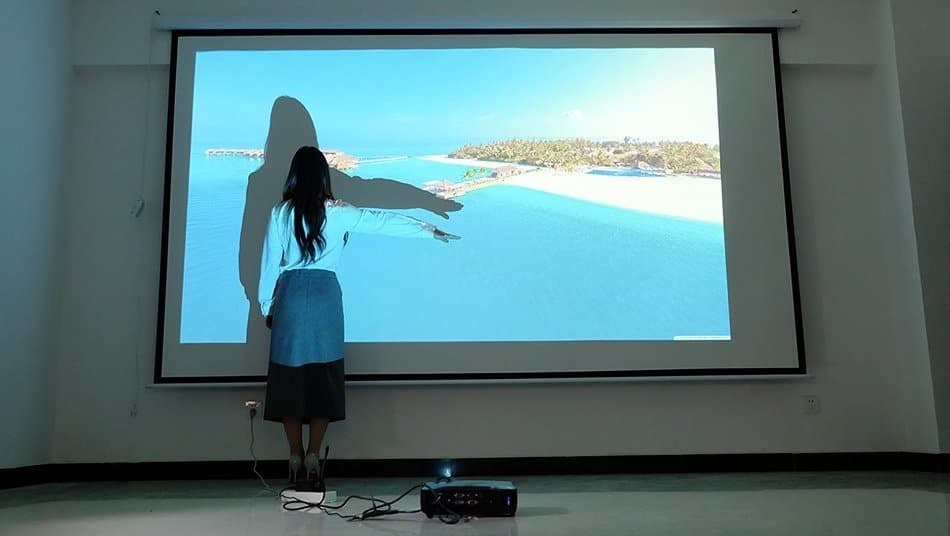 For example, you will need to consider your overall budget as well as your living space to choose the right screen size and projector placement that will work for your home theater.

Still, if you are renting or otherwise living in a home with a smaller theater space, a short projector can be the way to go. Let’s take a closer look.

Why Are Short Throw Projectors Worth It?

There are so many different types of projectors available with 4K projectors increasing in popularity and long throw projectors seeming to be the standard for home theaters.

However, as more and more people construct their home theaters in smaller living spaces, short throw projectors continue to make a rise in demand as well.

There are many advantages of a short throw projector. Primarily, the throw distance is greatly reduced compared to a long throw projector meaning you can use this in a smaller room.

Additionally, there are various mounting setup options, cables and wires are less abundant, and the projected image is not as easily blocked by obstructions.

While there are many different opinions on whether short throw projectors are worth their price tag, it ultimately comes down to considering the advantages and disadvantages of this type of machine and how it would work in your unique home theater.

Considering the advantages of a short throw projector can be convincing enough that this is the right projector for you and your home.

This ratio varies from one projector to another, but short throw projectors do not require as much space between the projector and screen meaning your room does not have to be as big. This can be a dealbreaker for many renters or those who are living in smaller homes that do not have as large of home theater rooms.

For example, if you are in a smaller living space and are attempting to install a long throw projector in a small home theater space, the projected image will likely become distorted as the projector will be sitting too close to the screen.

This means that your image could be shrunken or otherwise disproportionate leading to an unpleasant viewing experience.

You should not have to worry about image distortion via a shrunken image from a short throw projector; it is specifically designed not to have to sit as far from the screen for your image to be displayed proportionately.

While this is also the case with long throw projectors, short throw projectors are more easily moved around considering the standard furniture and setups in an average home.

For example, if you are working with a standing projector that is not mounted to the wall or ceiling, and you have a long throw projector, then you will have to find a much taller shelf or bookcase to stack this on. Otherwise, the image would be obstructed and disproportionate.

Alternatively, if you are working with some standing short throw projectors, you can place them between 1.5 and 3 feet off of the ground as long as there are no obstructions between the projector and the screen.

However, if a free-standing projector is not what you are going for (especially if the people in your house are likely to dislodge the projector from its resting place and shift the image from the screen), then there are also wall and ceiling mounting options.

3. Cables and Wires are Less Abundant

As you note the various mounting setup options with your short throw projector, you will also find that you might not have to run cables and wires on the floor or wall of your home theater room. At least, these will not stretch the entire length of your space, so you and your guests will be less likely to trip over them.

Having fewer cables and wires to install can be equally beneficial to renters because of the limited ability to permanently hide cables and wires in the wall of your living space (like someone who owns their home is capable of doing).

Instead, you can find alternative methods to hide these more effectively in your shorter-term space, or you can opt for a product selection that requires fewer wires and cables in the first place.

4. Projected Image is Not as Easily Blocked by Obstructions

When you use a long throw projector, you increase the length of the projected beams of light meaning there is more opportunity to block the light from reaching the screen.

However, when you use a short throw projector, the projector will be placed closer to the screen, so there will be fewer obstructions readily available.

Instead, you will have more access to your living space and can assume that you are able to move around without having to duck quite as much.

On that note, if you are planning to use a projector so that you do not have to install a TV in your living space, then you can appreciate how little the furniture and plants will have to be moved to make room for the projected image.

Instead, your home can likely stay as put together as it typically is with fewer objects to move out of the way each time you plan on streaming media from your short throw projector.

What are the Disadvantages of a Short Throw Projector? 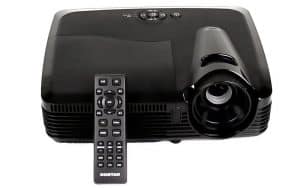 While there are many advantages to a short throw projector, especially for someone living in a rental apartment or another type of smaller living space, there can be some disadvantages to consider, too, before you spend your money on this type of home theater piece.

Of course, these might not cause you to choose a different projection system, but these disadvantages can cause many people to reconsider investing in a short throw projector for their home. For that reason, it is important to at least take a closer look.

When considering the technology that is required to be able to transform an image to be displayed with a shorter throw range, you will likely pay a higher price tag for this capability.

Now, for many people, this will be worth its cost because it is the only feasible option for their living space. However, for others, this can cause a short throw projector to be crossed off of the list of possibilities.

Along with the typical price tag of a short throw projector being larger than that of a long throw projector, you might have additional costs sneak in that you were not expecting with this type of machine.

For example, using a short throw projector can mean investing in a particular screen or other types of technology that are not as inevitably required for a long throw projector.

You might also consider investing in a larger TV that can provide a higher quality image than a short throw projector since many high-quality TVs are still found at a lower cost than these types of projectors.

However, if you do not want the permanence that investing in a large screen TV requires of your living space, then you will appreciate being able to remove the projector display when it is not in use.

2. Image Warping is More Frequent without a Designated Screen

A short throw projector works best when you use a light rejecting screen. This can increase the visibility of the shorter beams being cast.

While this is not required for standard visibility options, you might notice a reduction in visibility of the details without the screen.

This can mean that projecting straight onto your home’s drywall might be knocked off of the table- although home theater gurus would argue that this is the case with all image projection setups.

For this reason, you will want to ensure that you are willing to invest in the proper equipment- an additional cost- when setting up a short throw projector in your home.