I found that getting a good speaker system is the difference between a poor home theater system and a top quality one. Soundbars are often seen as a useful piece of technology, so I looked into whether they were useful for a home theater.

So are soundbars good for home theaters? Here is the short answer.

If you only have a small room, or just want to boost your TV’s audio quality, then a soundbar will do the job fine. However, if you are interested in an immersive sound experience, and plan to have multiple devices connected, then a soundbar won’t offer good enough sound quality. 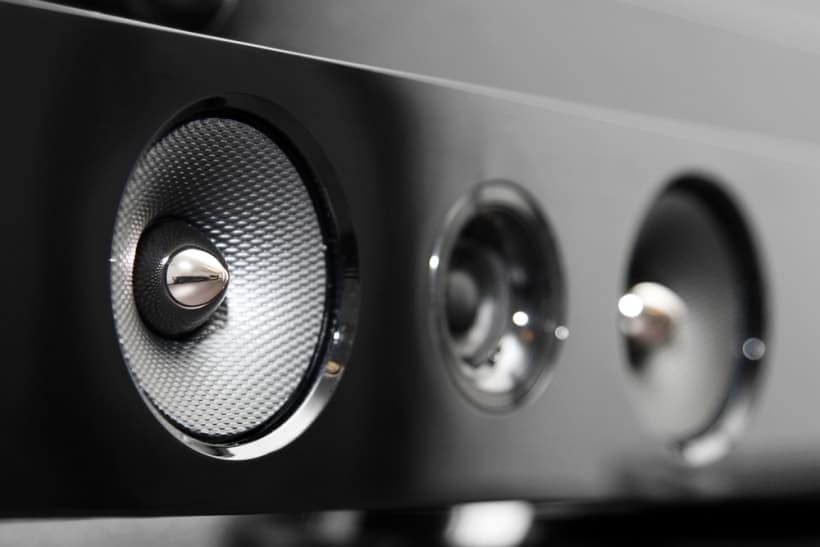 While surround sound is seen as the ultimate in audio experience, not everyone can afford such an intricate setup. Also, surround sound might not be worth the investment if you’re just looking to boost the quality of your TV. This article looks at the situation when a soundbar is good enough, and when you might want to upgrade to surround sound.

Check out my top recommendations for soundbars which I have compiled after testing the top 11 soundbars in the market.

When Is A Soundbar Useful In A Home Theater System?

Before I started building a dedicated home theater system, I had a soundbar connected to my TV. I found that it vastly improved the sound quality, and was noticeably better than my TV’s standard speakers. However, once I decided to integrate my music devices into the same system, I realized that a soundbar just wouldn’t deliver the sound quality or accessibility that I needed.

Soundbars work by offering several speakers in the same device. Some are quite compact, whereas others will be larger and offer greater improvements to sound quality. Soundbars offer stereo audio as standard, which is the same type that TV speakers give. However, adding more speakers gives a better sound quality, and many TVs are fitted with rather basic speaker systems.

Soundbars will usually have a separate subwoofer as part of the system, which then sits on the floor. This is the main improvement over normal TV speakers, and this is the biggest and most noticeable difference in sound quality. For many people that want a better sound experience on their video systems, a soundbar will do the job fine.

The other thing that’s worth considering when deciding on your investment is what you actually want from your speaker system. Many TV shows and films are recorded in stereo audio, and so buying a surround sound system simply for everyday watching isn’t really worth it. In this case, a soundbar will give you the audio quality you want, without having to break the bank.

If, like me, you’re looking to invest in a good quality home theater system, then a soundbar simply won’t be enough. I’ve combined by music devices, TV, DVD player, and games console into the same system, and so surround sound was a worthwhile investment. It offers a more immersive sound experience, and one that you’ll definitely benefit from if you have dedicated audio devices.

So if you just want something to improve the sound quality of your TV, and have little intention of buying devices that use surround sound, then a soundbar will do the job just fine. However, if you’re building a home theater system and plan on using multiple channel speakers, there’s very little point buying a soundbar. It’s usefulness will automatically be replaced the second you bring in more than a 2.1 channel system.

Are Soundbars Better Than Speakers?

As a general rule, soundbars offer a better audio experience than factory standard speaker systems. The common mistake people make with soundbars is thinking they only contain one speaker, when in fact they contain several. This means they can offer louder and clearer audio, but still only in stereo.

The other thing that’s worth considering is that a soundbar limits the choice of speakers you can connect to your system. For example, a soundbar will have several of the same speaker fitted, and they are your only options. So if you buy a Bose soundbar, then you’ll have several of the same Bose speakers. Granted, these will probably be better quality than your current speaker system.

If you decide to invest in a good audio system, then you have much more control over the type and amount of speakers you buy. This will obviously be the more expensive option, but having free reign over which speakers you buy is something that no audiophile should pass up.

The only real situation in which a soundbar is better than speakers is when it comes to convenience. If you’re confident with your technical ability, then this probably isn’t too much of an issue for you, but if you want something that’s easy to install and easy to use, a soundbar will be the better choice. You usually only have to plug it into your TV, perform an initial setup, and you’ll be good to go.

One other benefit of a soundbar over a speaker system is that many now come with integrated Bluetooth and Wi-Fi capabilities. This is really useful if you stream music on your mobile device, and will allow you to connect the two. However, if you have a speaker system, you’ll inevitably have some kind of receiver too, and many of these now also come with Bluetooth capabilities.

Here is a video you may find useful.

Sound Bar vs Speakers - Which One Is Best For You?
Watch this video on YouTube.

As I mentioned, there are several factors you should consider when choosing between a soundbar and a surround sound system. The biggest thing to consider is the type of audio experience you want, and this is often decided by the room you’re using for your home theater system.

My home theater setup was originally in a small room, and wasn’t used as the main system for everyday watching. In a smaller room, a soundbar is more than enough for improving your general sound quality. It will provide richer quality and deeper bass, and the difference will be more noticeable in a smaller room.

However, once I moved house and had more space for my home theater system, I found that the power of a soundbar got lost in a bigger room. A large room is more suitable for surround sound, and the benefits are more noticeable when you can create a dynamic environment with your speakers.

The other thing worth remembering when deciding on a soundbar is how many devices you plan on connecting to your system. Many soundbars will have a single input and output, meaning you would have to switch manually every time you want to use a different device.

Surround sound, however, has to be connected to a receiver, and this allows you to connect multiple input and output devices, and use the receiver to switch between them. Once I connected my vinyl player and CD player to the same speaker system, I realized a receiver was a much easier way of switching between devices. It also gave me a greater level of control over sound quality and output.

The main advantage of soundbars over a speaker system is that they offer a good compromise between sound quality and space. A surround sound speaker system can take up a lot of room, which might not be helpful if you only live in a small apartment. Soundbars usually sit under the TV, and modern advances have made them quite slim and streamlined, which is a big help in small spaces.

What size soundbar do I need?

Soundbars come in different sizes, and should be scaled up depending on the screen size of the TV they’re connected to. A 12” soundbar will be absolutely fine for most regular TVs, and you only need to consider a bigger one if your TV is above 42”. For this size, you’ll need a 40” soundbar, and for a 50” TV, you’ll need a 60” soundbar. However, once you start looking at bigger TVs, you might as well invest in surround sound.

Generally, soundbars are active, and so come with their own receiver. Only more expensive or passive soundbars require a separate receiver, but this will be stated in the device’s specifications.

A passive soundbar doesn’t have the equipment installed that needs powering, so can just be plugged into the TV. However, if your soundbar has a built-in amplifier, then it will need its own external power connection. Again, this will be stated in the device’s specifications.

Final Thoughts On Whether Soundbars Are Good For Home Theaters

I found that soundbars are useful if you just want to improve the audio quality of your everyday TV watching, but aren’t worth using in a home theater system. You’ll inevitably have invested in good quality speakers, and these will vastly outperform even the best soundbars, especially with dedicated audio inputs.

Check out my top recommendations for soundbars which I have compiled after testing the top 11 soundbars in the market.