A home theater uses multiple speakers to achieve the surround sound. Different sound system configurations have a different number of speakers, among which are the surround and back surround speakers. 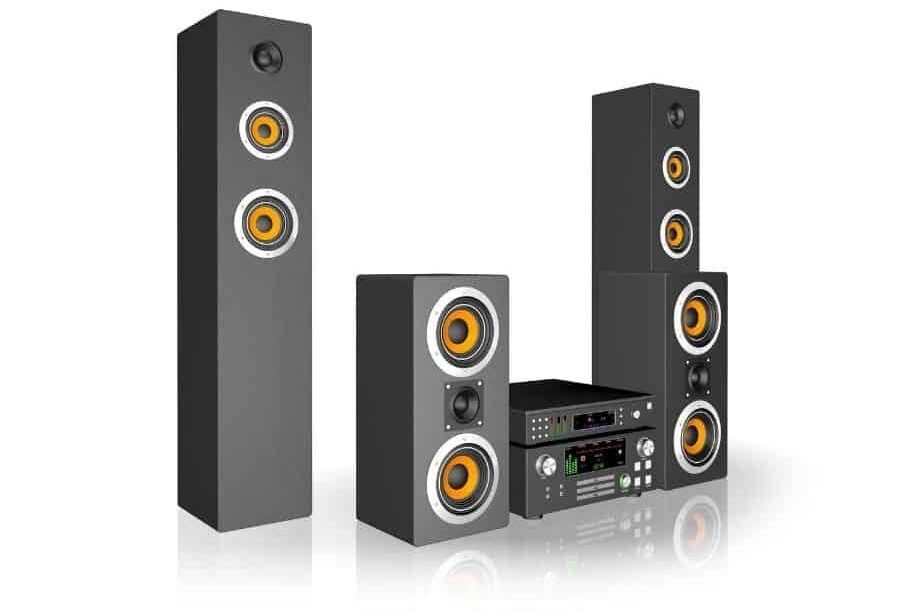 Key Differences Between Surround and Back Speakers

The differences are in the placement, the system configuration, and to a lesser extent, the quality.

There are two surround speakers for both sides of the room. The speakers are placed beside or slightly behind the listening area, such that sound is angled toward the audience.

Back speakers get placed behind the side surround speakers and the listening area. They are positioned such that the sound gets projected to the front of the room.

It is best to raise both surround and back speakers about two feet above ear level so that no objects interfere with the flow of the sound to the listening area.

The 5.1 configuration is the most common for home theater setup. This configuration uses five regular speakers and one subwoofer, six speakers, to provide the surround sound.

All speakers need to be positioned as accurately as possible; otherwise, the sound reaching the audience may be delayed. The subwoofer, however, can be placed anywhere but is typically located in the front.

Based on location, the five speakers are referred to as front, center, and surround speakers.

The center speaker is crucial in any surround sound system, as it reproduces dialogue. Unlike the other speakers, the center speaker has a flat and horizontal profile to allow it to sit above or below the television but tilted so that the sound gets delivered at ear level.

It is possible to use any of the speakers as the center speaker; however, the bigger profile may not be ideal.

There are two front speakers for the left and right sides of the room. They should be angled such that the sound gets directed to the audience.

Similar to the front speakers, there are two surround speakers. These are positioned on either side of the audience, or slightly behind.

The surround speakers handle the surround music and effects, and no dialogue gets to these speakers.

In a system with different speakers, there may be no adverse effects caused by lower quality surrounds.

The subwoofer reproduces the bass, and as these frequencies are perceived as omnidirectional, they can be placed anywhere in the living room. However, most woofers will be closer to the front for easier connection to the AV receiver.

Wireless subwoofers use LFE (low-frequency effect) connections to get the signal from the AV receiver; as such, they are not restrained by wires and can be positioned anywhere.

The 7.1 configuration is similar to the 5.1. The significant difference is two additional speakers, bringing the total number of speakers to eight. The other speakers are the rear or back surround speakers. They are positioned behind the surround speakers and the sitting area but angled towards the audience.

The 7.1 setup requires a different AV receiver, one that can support the increased number of speakers.

In any surround sound system, the front and center speakers are the most important, as they reproduce the dialogue, and the more significant portion of the music and sound effects.

Least important are the back surrounds as these only serve to augment the existing surround speakers. Consequently, some people may opt for lower-priced speakers to serve as back speakers. Needless to say, that the lower price is indicative of lower quality.

Lastly, the back surround speakers are typically used for larger rooms where the sitting area is not close to a wall. Therefore, they can accommodate the extra speakers adequately without any conflicts resulting from an overlap of sounds from the other speakers. 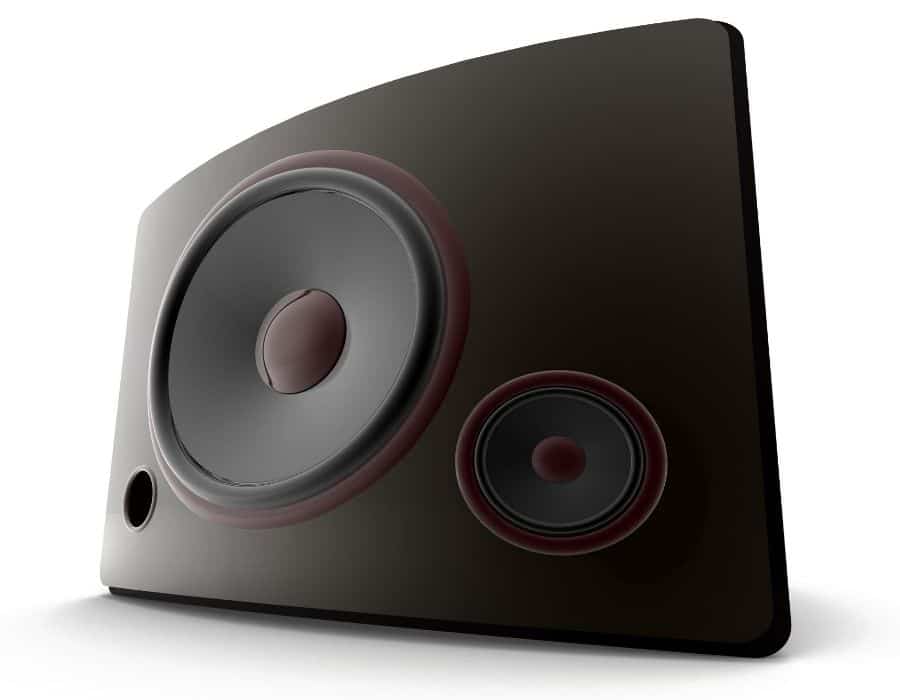 Depending on how the sound gets delivered to the audience, surround speakers are classified as either monopole, bipole, dipole, and omnipole.

The distinction lies in the method and direction the speaker drivers project sound to the audience.

Also known as direct-radiating speakers, these have all the speaker drivers on one position of the speaker. As such, the sound reaches the listeners from one direction.

Monopole speakers can be used anywhere in the home theater and are the preferred speakers for multichannel music.

These are designed for use as a side or rear surround speaker, they have drivers on two opposite directions, and are in phase. In phase means that all the drivers project the sound simultaneously but in different directions.

The drivers’ opposing directions create a diffuse effect where the audience can’t tell the exact direction the sound comes from; as such, bipoles are suitable for movie and music consumption.

Dipole speakers are similar to bipoles, as sound comes out of both sides of the speaker. Unlike bipole speakers, however, dipoles are out of phase, meaning that when one driver pushes out, the other driver pulls in, creating a null axis where both sounds cancel out.

Dipoles like Bipoles are ideal as side and rear surround speakers as they spread sound better than monopoles. In addition, the dipole speaker’s design is similar to bipole, and most speakers incorporate the two, allowing you to switch between modes as you please.

Omnipole speakers have drivers on all sides. Consequently, the sound leaves the speakers in a 360° fashion, making them better suited for outdoor applications.

Each speaker produces different sound quality, and your choice will depend on the geometry of the room and your listening preferences. Also, consider speakers that can switch modes between bipole and dipole.

There is technically no difference between surround and rear surround speakers. The difference lies in how they are positioned in the room, a factor of the type of surround system, as the 5.1 sound system configuration does not make use of back speakers. In the 7.1 configurations, a rear speaker’s job is to augment the background surround sound.

There are several types of surround speakers, and each one will deliver a different sound quality. Consequently, your choice should be based on the nature of the room and your listening preferences.