The projector is the foundation for any home theater installation. Therefore it’s important to get the best projector you can, with the highest picture quality, and the largest feature set possible for your budget.

After hours of exhaustive research and testing here are my picks for the top home theaters in three different budget classes. 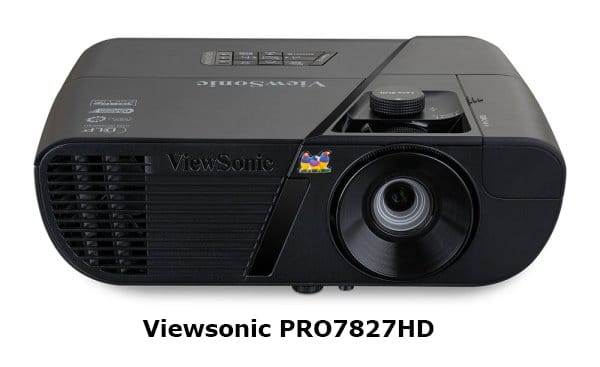 For those on a tight budget, you can still find good quality projectors, but you need to be prepared to make some sacrifices.

You won’t get the highest picture quality, the deepest blacks, placement flexibility, or the extra features you’ll find on higher priced models, but for the money you spend you can still get a good picture that you’ll be happy with.

I like this model because in many ways it’s the exception to the rule. Many lower-priced projectors max out at 720P HD but this model gives you full 1080P with a lamp that delivers 99% of its rated 2,200 lumens, which in real-world applications is quite a bit brighter than you’ll generally find in this class.

You generally don’t expect deep blacks in this price range, but the Viewsonic is a standout, delivering excellent black levels for its class, with an overall contrast much higher than you generally receive. This means you’ll get a decently bright, crisp picture even in daylight. I found that, even with the shades open, I got good color and brightness response.

For the money, you can’t expect much here, but what you get is certainly better than the competition. The unit has a single mono speaker included.

The fidelity is fairly good, though lacking any real bass response, but at higher volumes, the sound is surprisingly room filling. The speaker was powerful enough that occasionally I forgot I wasn’t hearing the sound in stereo.

Compared to other projectors in this price range, the fan noise is comparable. For the most part, it didn’t bother me, but it was audible during quiet moments in the program. I suspect over time viewers will stop noticing it. It’s certainly not loud enough to be a problem.

At this price, the projector is a bit light on features, but those it has worked well. This is a 3D HDTV, and the 3D effect is very good, though it’s dimmer than the normal 2D projection. You’ll need to purchase 3D glasses separately to take advantage of the feature.

The unit also supports a short throw length, which gives you a large screen size, up to 300 inches in a small space. It features a vertical lens shift as well, which lets you adjust the picture up and down on the wall without having to use the keystone control, which reduces brightness and can introduce artifacts. This was a welcome feature in an inexpensive model.

With a full set on analog inputs and three HDMI inputs, this unit bests the competition in its class and competes well with higher-priced models. It even includes an MHL-enabled HDMI for connecting mobile devices.

If for some reason the PRO7827HD doesn’t work for you, the next best alternative would be the Optoma HD143X (see it on Amazon).

For gamers only, this may be a better choice since enhanced gaming mode delivers much better input lag. However, because of lower apparent brightness, fewer HDMI inputs, a less powerful speaker and slightly poorer color reproduction I can’t generally recommend this over the Viewsonic.

In this price range, you’re making fewer sacrifices. Units will feature excellent picture quality and better sound. Feature sets start to swell, and you’ll tend to find these projectors in higher-end home theater installations. These units aren’t premium, but they are very good for the casual home theater owner.

The high contrast and the resulting black levels are what won me over to this projector. They are far better than you would expect for a single-chip DLP projector in this class. It also features great color reproduction and good onboard audio.

The HT3050 is still a single-chip system, so you don’t get the color fidelity you would from a three-chip, LCD based system like the Epson unit I picked for the “Under $2,000” category, but BenQ has managed to engineer very good color reproduction into this sub-$1,000 unit. It has a predefined Rec. 709 colorspace which better recreates the color fidelity of standard flat-screen HDTVs.

But as I said, the real winner on this projector is its high contrast. It produces very nice black levels and a quality, deep image in a dark room. As you would expect, the image suffers some in a bright room, but this is the case with all sub-$1,000 projectors. But even in daylight the picture is good and will satisfy most casual viewers.

In this class, we can stereo audio now, which is a big step up from the mono speakers found in less expensive units. The HT3050 has two 10W speakers and delivers extraordinarily good onboard sound for its price range. Treble response is bright and clean, the mid tones are full, and there’s even a bit of bass. Certainly, extreme audiophiles won’t be satisfied but for the majority of consumers, the sound quality is good.

And this model features a very quiet fan compared to less expensive models and other units in its class. For the most part, it will not disturb your viewing experience.

The 3D performance from this unit is considerably better than the Viewsonic. I found brightness levels to be excellent in 2D and still quite good when projecting 3D content. Like the last unit, you’ll need to purchases separate 3D glasses to use this feature.

The unit also includes a short throw distance, a vertical and horizontal lens shift, and an optional wireless module which can be fitted to the unit’s HDMI port, allowing wireless streaming to the projector, avoiding unsightly wires running up the wall or across the floor.

With its three HDMI ports, MHL support, and its wireless streaming option, this unit is certainly a modern projector.

The earlier revisions of this line of projectors from BenQ that I just mentioned, the HT2050A (Amazon link) is the second best alternative to the HT-3050.

It features the same great picture quality, but it lacks stereo audio, the MHL-enabled HDMI port, and support for the optional wireless unit. In general it’s good, but it’s not quite up to snuff compared to its newer sibling.

Now we’re starting to enter premium projector territory. Certainly, there are more expensive units, but for nearly everyone, the quality of the projectors in this class is impressive. The best models in this category feature excellent picture and a host of useful features.

This unit has a gorgeous picture. While not a native 4K projector it features advanced pixel-shifting technology that creates an excellent 4K experience from standard 1080P material and 4K sources. It has excellent contrast and a dynamic color display for a truly cinematic viewing experience. It really blew me away.

The 4010 delivers top of class picture quality regardless of source. This is a three-chip unit, which delivers far better color fidelity than single-chip projectors. It accepts 4K inputs but doesn’t include a true 4K panel inside.

Instead, its pixel-shifting technology splits a 4K source into two and then recombines these two images side by side to recreate the 4K source. When done badly this is no replacement to native 4K. But when it’s done well, as the 4010 does, it’s really quite impressive.

This projector delivers a contrast ratio of 200,000:1, for exquisite black levels and a jaw-dropping dynamic range. It also includes HDR10 high dynamic range and full DCI-P3 color space support for an even more luxurious picture. You would be hard pressed to find a better picture at this, or any price.

This projector doesn’t feature onboard sound, so it has no internal speakers. This is more common in high-end projectors. They assume that your home theater setup will include an audio receiver and at least a soundbar, if not external speakers.

And because no internal speaker on a unit of this size could deliver sound comparable to these external sources they don’t bother including it.

1080P 3D is supported, with good resuts and the internal fan is nearly silent except for at its brightest, highest-powered setting, where it’s still very quiet.

In general, the 4010 is a full-featured, three-chip DLP display. There’s very little missing here, and what is missing, you won’t miss.

You get two HDMI ports, one with 4K support, one USB type A for optical HDMI sources, one ethernet jack, and one computer monitor port. A third HDMI would be nice, but that’s a minor quibble.

You could also look at the BenQ HT3550 (see it on Amazon). It’s comparable in many ways and is, in fact, a true 4K projector.

Normally this would win me over but because the Epson does such a stellar job recreating a native 4K signal with its pixel-shifting technology, it simply isn’t an issue.

And with its higher contrast ratio and slightly better color reproduction the Epson wins out over the BenQ, in my opinion. 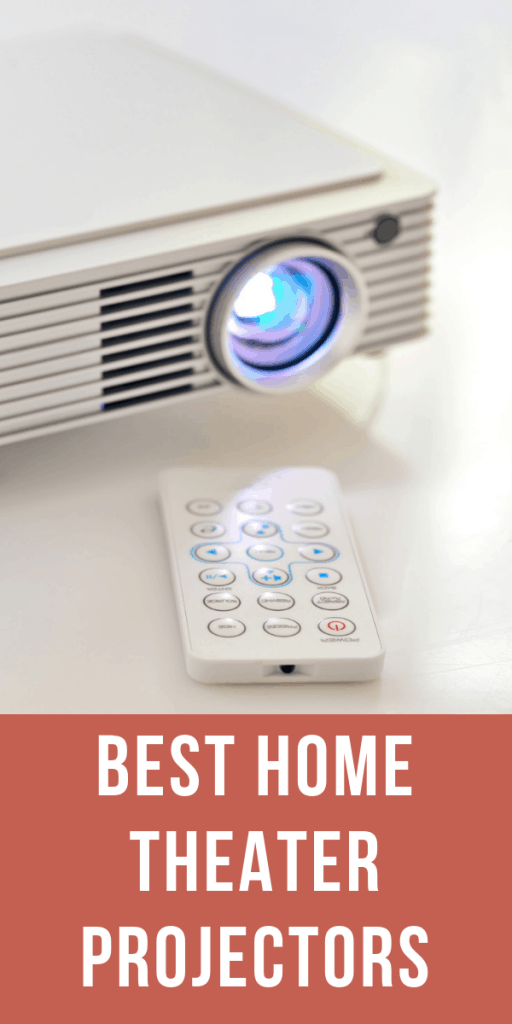