As an audiophile, it’s natural to always look for new ways to improve your home theatre system. The center speaker is a part of the audio setup that gets attention because that’s where the bulk of the dialogue comes from.

Therefore, it’s understandable that many people think about using a soundbar to improve things in that regard, but is it the right decision?

You can use a soundbar as a center speaker technically, especially if the speaker and your receiver’s connections are perfectly aligned. However, soundbar technology means that such a connection will not deliver high-fidelity sound and can potentially damage all or parts of your audio system. 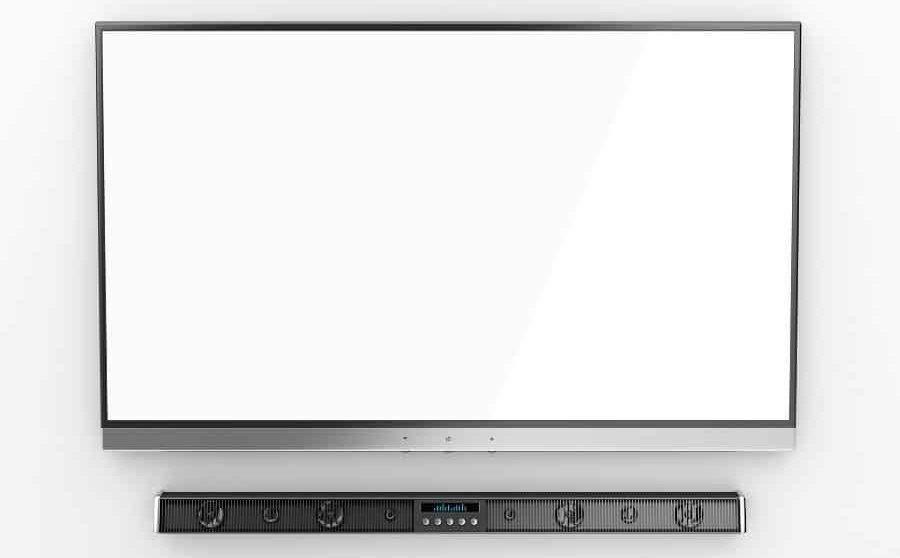 The rest of the article will take a look at why you should think carefully before using a soundbar as a center speaker.

Also read: Can TV Speakers Work as a Center Channel?

Although they look like one, soundbars are not individual speakers. A soundbar features multiple speakers designed to deliver multi-channel sound projection.

So, even though it looks like one speaker you can use as the center, there are multiple speakers under the hood designed to play different roles.

Soundbars are equipped with audio techniques designed to amplify sound and give you the surround sound effect.

The left and right speakers are generally tilted towards the sides of the soundbar so that they can bounce off the walls in the room to create the surround sound and theatre effect. These speakers’ positioning means you can’t rely on most soundbars to act as a center speaker.

Why You Shouldn’t Use a Soundbar as a Center Speaker

You can’t rely on a soundbar as a center speaker for the following reasons:

There are two main ways to connect soundbars to a surround sound setup seeing that they come with three channels or four if it comes with a subwoofer.

Regardless of what approach you choose, there are downsides you can’t ignore. If you choose the full center option, the position of the left and right speakers in the soundbar will lead to a more amplified center signal, worsening the clarity of the dialogue and the overall surround sound effect.

If you choose to go with a three-channel approach, you’ll have left and right speakers that are out of phase with the surround sound system.

This will create a scenario where there are some “sound blind spots” around the room. In those places, the sound will feel quieter.

It’s the interference that creates spaces with amplified sound in the room and sound cancellation in other spaces. So, with any setup you choose, you’ll end up worsening the sound quality.

You probably already know that both soundbars come with internal amplifiers. The average surround sound system also comes with powered speakers or has to be connected to an A/V receiver with an amplifier built-in. Soundbars or surround systems with built-in amplifiers are referred to as “active.”

So, the amplification requirement means that you can create more problems for your audio system when you choose to make a soundbar your center speaker.

If you connect a device that sends amplified audio signals to the soundbar, you may cause some feedback problems or destroy the soundbar system’s internal circuitry.

Soundbars are generally designed only to handle a specific amount of power. If you add an active soundbar to an active surround sound system by connecting the A/V receiver, you’ll end up feeding too much power into it.

The situation is made even worse when you consider that most A/V receivers come with built-in amplifiers to have the capacity to power passive speakers. Using a soundbar as a center speaker in a surround sound setup is something you should never experiment with.

When to Use a Soundbar as a Center Speaker

Looking at the conversation thus far, you should use a soundbar as a center speaker only if you don’t care about the sound’s quality. In that case, you’re probably better off not spending any money on a center speaker.

A soundbar may also enhance the aesthetic appeal of your living room or your home theatre. In this scenario, it’s a purely superficial decision. This means you can get the soundbar and never really hook it up to the sound system.

You can also use a soundbar as a center speaker if there’s no risk of over-amplification with your surround system. This is almost impossible with modern surround sound systems.

As you’ve seen thus far, there are a few reasons why it doesn’t make sense to use a soundbar as a center channel speaker.

Firstly, it makes more sense to spend money on a center speaker and avoid the hassle of setting up three or more channels to your receiver.

Secondly, you’re almost guaranteed to worsen the audio quality instead of making it better. The extra speakers on the soundbar look like they should improve your sound, but you’ll get the opposite result due to the technology under the hood.

Most importantly, the constitution of most soundbars and receivers means you’ll most likely end up facing amplification stacking.

Once you reach this stage, it is only a matter of time before you end up damaging the soundbar, since it’s often the weakest in the configuration.

You’ll also end up losing the money spent on the soundbar as most manufacturers or retailers won’t provide a warranty covering such damage.

If you’ve had a rethink and elected to go with a center speaker instead of using a soundbar as one, below are some options (with links to Amazon) that should be high on your list:

If you’re looking for true high-fidelity sound from your surround sound setup, you have to be willing to go about it correctly by either getting a proper center speaker that you can hook up with your A/V receiver. Or you choose a soundbar that matches the room’s size, backed up with a separate subwoofer.

It has to be one or the other. So you either use a single center speaker to compliment your surround sound system or ditch your existing setup for a high-quality soundbar (preferably a 5.1 model that fits the room) and a separate subwoofer.