Fact: Nothing sells a TV more than its resolution. Would you be willing to sacrifice a few hundred dollars to get an SDTV, if you can get HDTV? Speaking of HD, let’s talk about two image resolutions that qualify as HD: 1280×720 and 1920×1080. 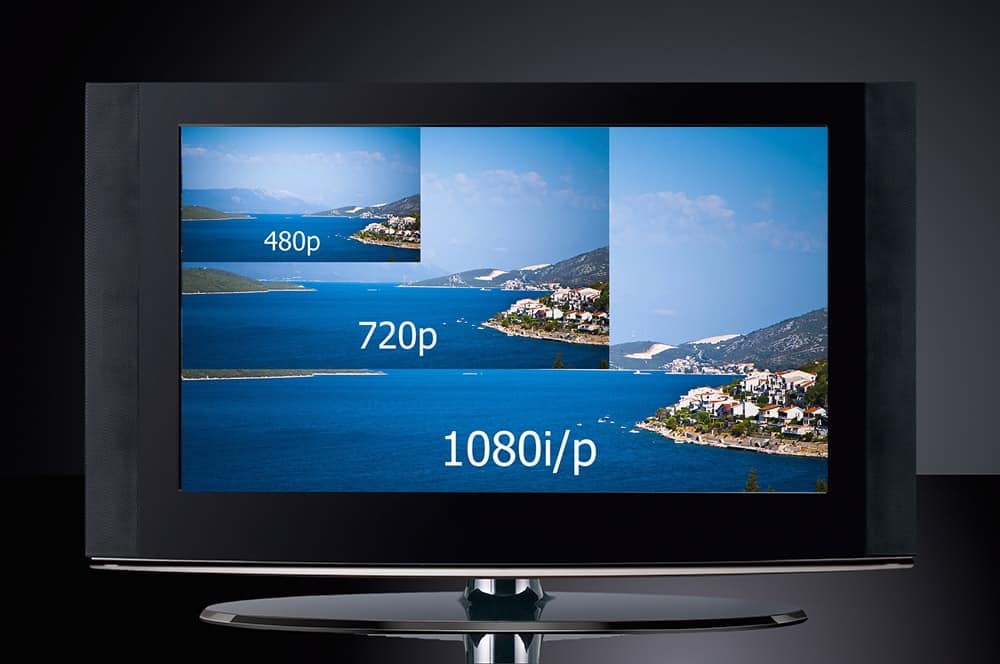 Figuring out which of these resolutions will give you the best viewing experience is more complicated than you think. There are many factors that you need to consider when comparing the two other than the number of pixels. So, stick around as we discuss both of these image resolutions in great detail.

The time when we all heard about the image resolution 1280×720 was also when we first had HDTV at 720p. It was the first that qualified as a high definition for our viewing standards.

1280×720 simply means that the image has a total of 1280 vertical lines and 720 horizontal lines. When multiplied, we get a total of 921,600 pixels within the screen. The “p” in 720p stands for progressive scanning, which means that the screen draws all of its pixels at the same time, then displays it sequentially to create the image.

The pixels on your screen are responsible for creating the images that we see. The more pixels there are on display, the smaller individual pixels get, and the clearer the picture becomes.

If you have a bigger screen with fewer pixels, the images become what we often refer to as “pixelated images” or the pixelation effect.

This effect was common when manufacturers didn’t have access to technology that compressed as many pixels as possible within the screen. That was even before the world started using SD (Standard Definition) resolution.

Nowadays, even TVs with 720p screen resolution aren’t as common as they once were. That’s because the advancement in screen technology brought the prices of TVs with 1080 resolution down.

However, if you’re using a 720p TV, it still is the standard for HDTV. So, there’s a good chance that you don’t need an upgrade unless you’re planning to use it for Blu-ray or other programs that use Full HD quality.

921,600 pixels, compressed on a screen isn’t that bad by today’s standards. Unless, of course, you’re using a gigantic, cinematic screen that makes individual pixels visible to the naked eye. 1280×720 remains the standard for HDTV because of the following advantages that viewers and content creators can get from it:

720p is an excellent choice for many people, but it’s not for everyone. TVs with 1280×720 resolution have notable cons that could be a deal-breaker for some, including the following:

Before we move forward, let’s make something clear; there are two types of 1080 TVs that you can get: 1080i and 1080p. We already know the “p” in 1080p, which stands for progressive scanning. But what about the “i” in 1080i? Well, it stands for Interlaced, meaning the screen only displays images using every other line of the screen.

1080i was the standard for HDTV, not anymore. That’s because there’s very little difference, between 1080i and 720p, in terms of the viewing experience.

A 1080i TV only displays half of the frame, then combines it with the second frame to reduce bandwidth requirement without massively affecting the quality of images. So, with a 1080i TV, you’re still getting the same number of pixels per frame. But, in reality, each frame consists of two interlaced images.

This massive number of pixels is one of the reasons why we can enjoy bigger TVs without experiencing distortion with the images we’re seeing.

However, for you to get the most out of a 1080p TV, you need to have a larger screen that can provide you with an immersive experience that isn’t possible when using 720p or 1080i displays.

1920×1080 can provide you with the best viewing experience. It can deliver the smoothest images you’ll find, allowing you to take your movie-watching experience to a whole new level. Aside from that, here are other reasons you’d want to have 1080p:

Not everything about 1920×1080 is good, though. There are some reasons why there was a need for 1080i, and 720p TVs are still available. Here are the cons that you’ll have to deal with if you choose this resolution:

If you want to spoil yourself a bit, then, by all means, splurge on a 1080p TV. It will provide you with the best quality possible without veering into the cinematic—and luxurious—experience that you get from 4K videos. However, if you want to enjoy the same Full HD experience from cable programs, you may have to wait longer for bandwidth capacity to catch up.

It’s easy to say that 1080p can provide you with the best viewing experience, but the truth is, it depends on how you’re going to use your TV. Choosing between 720p and 1080p for content creators is also a huge decision to make.

Here’s a side by side comparison between all the screen resolutions that we’ve discussed:

Picture quality is, perhaps, the most significant factor that you have to consider when choosing between 720p and 1080p. There’s no doubt that you’ll get the best quality when viewing 1080p, but if you’re only planning to use a 32-inch TV, the difference in picture quality may not be as noticeable as you expect.

The only advantage that you’ll get from 1080p when it comes to picture quality, is that you can have a much larger screen without distorting the image.

As we discussed earlier, if you were to compare a 65-inch 1080p TV with a 32-inch 720p TV, you’d still get the same picture quality. So, PPI is always a better metric to use when comparing image quality.

It’s also worth noting that your TV’s resolution is only one part of the equation that determines picture quality. The display technology, refresh rate, video frame rate, screen type, and even your distance from the screen, affects the quality of pictures that you see when watching a movie or program.

Blu-ray will always take advantage of the highest quality possible for videos and games. A company that relies on movies or games has access to the best equipment, talent, and setup. Plus, there’s really not that much to consider when creating Blu-ray content other than providing the most immersive experience a person could have.

However, in a world of smart TVs connecting to video platforms where independent content creators produce their videos, 720p remains the industry standard. One reason for it is because it would take a massive investment in equipment to shoot 1080p videos, edit and render, for us to consume.

So, despite the growing number of companies that can create 1080p content and 720p TVs becoming less common, the technology that we have right now guarantees that there’ll be a place for 720p videos for the foreseeable future.

Nowadays, 720p is the most common resolution that independent content creators and TV programs use when creating videos.

It’s the resolution that is widely available for a lot of people, simply because more creators and companies are using it for their programs. There’s nothing wrong about it, and 720p remains the standard for HDTV, so you’re sure to get a great viewing experience.

However, if you want to take your viewing experience to the next level, having twice the number of pixels on your screen will do the trick.

If you’re planning to use your TV for Blu-ray or game consoles, like PS4 or Xbox, you’re better off at 1080p. Companies designed these videos and games to provide you with an immersive experience. Also, since all the content is in Blu-ray disc, you don’t have to worry about the bandwidth needed for broadcast.

What to Choose for Better Viewing Experience?

You may already know the answer to this question, but the short answer would be: it depends. No, we’re not going to leave you hanging like that, so let us explain.

If you’re planning to buy a TV to watch cable programs or YouTube videos, then 720p will do just fine. In fact, most YouTube videos, including the ones from popular channels, only render 720p videos.

Cable service providers also have their issue in providing you with 1080p programs. Even if they want to deliver Full HD videos, there can only be so much data that they can transfer through airwaves.

Bandwidth, currently, serves as a hard cap for cable services and satellite cables to provide you with the immersive experience that you’d get from 1080p.

1080p is excellent, jaw-dropping even, but you can only take advantage of it through Blu-ray, some TV programs, and a handful of YouTube videos. Although Full HD resolution is becoming more common nowadays, there’s still a long way before 720p content becomes outdated and dethroned as the standard for HDTV.

So, 720p will do just fine, even now, if you’re only going to use it for casual viewing. However, if you’re trying to build a setup that allows you to have the best Blu-ray viewing experience possible without going all-in on 4K or if you want a large TV, then, by all means, go for 1080p.

There’s just no way for a 720 TV to compete with the picture quality that 1080p is capable of producing.

1280×720 remains the standard for HDTV, while 1920×1080 provides a more defined Full HD resolution. So, when is it a good idea to use either of these image resolutions?