Soundbars are a convenient way to add better sound to the content coming from your TV. They require minimal setup, and they can be as affordable or as expensive as you want them to be.

But when it comes to expanding these speakers’ capabilities, there are some wondering if they can connect a soundbar to an amplifier.

You can technically connect a soundbar to an amplifier, but it doesn’t make a lot of sense since the amplifier is already built-in. Most soundbars are all-in-one home theatre setups that are meant to provide everything you need in one package. 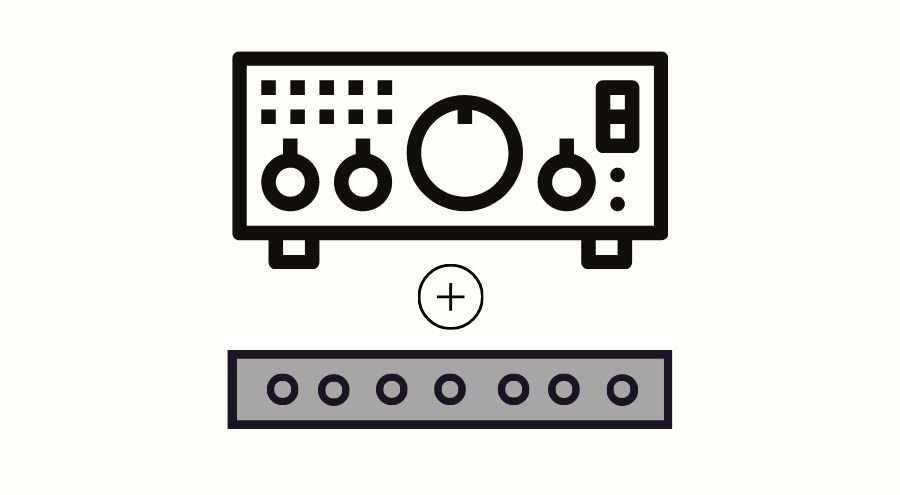 This article will be going over why connecting an amplifier to an active soundbar isn’t a good idea and how to do it for an inactive soundbar. If you’d like to learn more, I encourage you to read on!

Also read: Can You Connect a Soundbar to a Surround Sound System?

The Problem With Connecting an Amplifier to a Soundbar

There are two types of soundbars; the first type is what you call an active soundbar, one of the most common and what you probably think of when you are thinking of soundbars.

The other type is a passive soundbar (my related article); they are speakers that can’t function independently and require either a receiver or an amplifier to operate.

Most soundbars are intended to be used as an all-in-one setup. You have everything you need in a relatively compact form-factor making set up a breeze, and they are also great for folks who don’t want a bunch of space taken up in a room by huge stereo speakers.

Expandability is typically not a thought for manufacturers when creating a soundbar since many people aren’t buying one for that purpose.

You are meant to use what comes in the package and nothing more than that. That is why you can’t connect things such as subwoofers and wireless speakers without some awkward hoops you have to jump through.

But Can and Should You Use an Amplifier?

An amplifier essentially is what powers the sound that comes out of a speaker. Naturally, most soundbars and speakers, for the matter, work by just plugging them into a power source and/or the device that will be producing the sound.

On the other hand, you have speakers that require an amplifier to function to their full extent. Most of these speakers are made for audiophile/professional setups, and most people are not going to be dealing with a discrete amplifier or receiver.

Most, if not all, soundbars aren’t trying to be a direct replacement for a truly high-end audiophile-grade setup and don’t require too much power.

At the end of the day, these speakers are still designed to function to their fullest extent out of the box and aren’t marketed to people who need massive, powerful stereo speakers.

Connecting a soundbar to an amplifier can actually be counterproductive and give you better sound; it can provide worse audio quality than you started with.

People who are considering connecting a soundbar to an amplifier are trying to create a surround sound type of situation by utilizing the left, center, and the right front three channels.

But because an active amplifier already has everything necessary to take full advantage of the hardware, a third-party amplifier/receiver can instead blend these sound channels, and you now have compromised audio.

Instead of buying an amplifier to connect to a soundbar, it is best to either upgrade your soundbar or check and see if you can connect additional manufacturer-recommended speakers or a subwoofer.

In terms of connecting an amplifier/receiver to a passive soundbar, yes, you can do this, and it is required actually – they won’t work without one. But because they require an amplifier, they generally produce superior audio quality to an active soundbar. 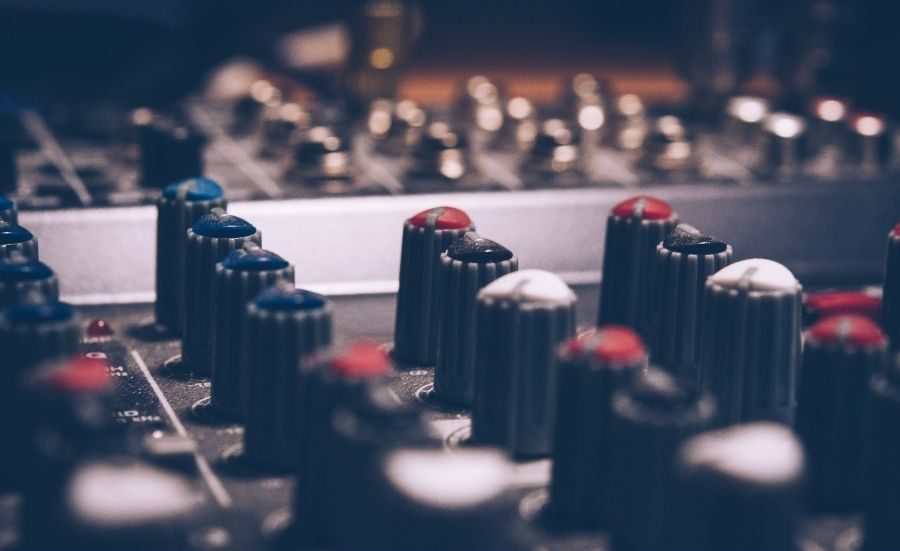 Should You Use a Passive Soundbar?

If you search for a soundbar in any major online store, almost all of the results will be for active soundbars. They have typically priced anywhere between $70 up to $700+ for the high-end models and are what most people are looking for in a soundbar – an all-in-one speaker for their TV.

Passive soundbars, on the other hand, are a more niche market. They are priced higher on average and are something you have to look for more than something you are likely to stumble across.

Their audio quality is better than the vast majority of active soundbars, which explains the need for an external amplifier to provide the power they need. Sometimes, the difference isn’t very noticeable, depending on what speakers you are comparing and what room you are using it in.

With this in mind, a passive soundbar makes the most sense over an active soundbar for a larger home theatre setup overall.

But it doesn’t end there; another advantage a passive soundbar has is expandability. As we went over, active soundbars are meant to be used out of the box and generally don’t have the necessary connections to add external speakers.

This isn’t the case for passive soundbars. You can add speakers for an authentic surround sound experience, bring in your subwoofer, and choose what amplifier or receiver you want to use. It is pretty much a modular experience that encourages experimentation.

Overall, a passive soundbar is useful if:

The average consumer will do just fine with an active soundbar. You can get yourself one that will sound great such as this Sony HTX8500 (see it on Amazon).

If you consider buying a passive soundbar, try the passive stereo speakers. They are widely considered the best way to maximize sound quality.

They take up more space overall, but their advantage is that they aren’t constrained by size; thus, they offer a superior listening experience overall.

There are legitimate reasons to go with a passive soundbar instead, such as achieving a minimalistic look to a home theatre and/or maximizing space efficiency.

Still, the chances are that if you have an amplifier and subwoofer laying around along with the soundbar, having traditional stereo speakers won’t be too much of an issue.

Furthermore, you’ll pay less to achieve the optimal sound quality you desire. For a soundbar to produce a sound deemed acceptable for audiophiles or people who want fantastic sound in general, it requires more technology and R&D to get a high-end listening experience through a smaller speaker.

If you are considering passive speakers because you are more serious about audio quality, I recommend watching this video regarding soundbars vs. stereo speakers:

Sound Bar vs Speakers - Which One Is Best For You?
Watch this video on YouTube.

While you can technically connect an amplifier to a soundbar, whether it is active or passive, connecting one to an active soundbar doesn’t make a lot of sense at the end of the day.

Most soundbars are designed to be used out of the box without any extra equipment required to function – they are excellent sound solutions for most people for this very reason.

On the other hand, passive soundbars require an amplifier or receiver to function and are designed with expansion in mind and are a decent solution for a sleek home theatre setup.