When it comes to home theater technology, we all want to get the most out of it to justify the price. I’ve had many people ask me, “How long do home receivers last?” because this can be an expensive bit of technology to replace. I decided to do some research to come up with a definitive answer.

So, how long do home receivers last? Home receivers can theoretically last 30-40 years based on the quality of the hardware. However, due to the rapid advances in home theater technology, the typical lifespan of a home receiver is around 5 years. You could make your home receiver last 10 years if you planned your purchase. 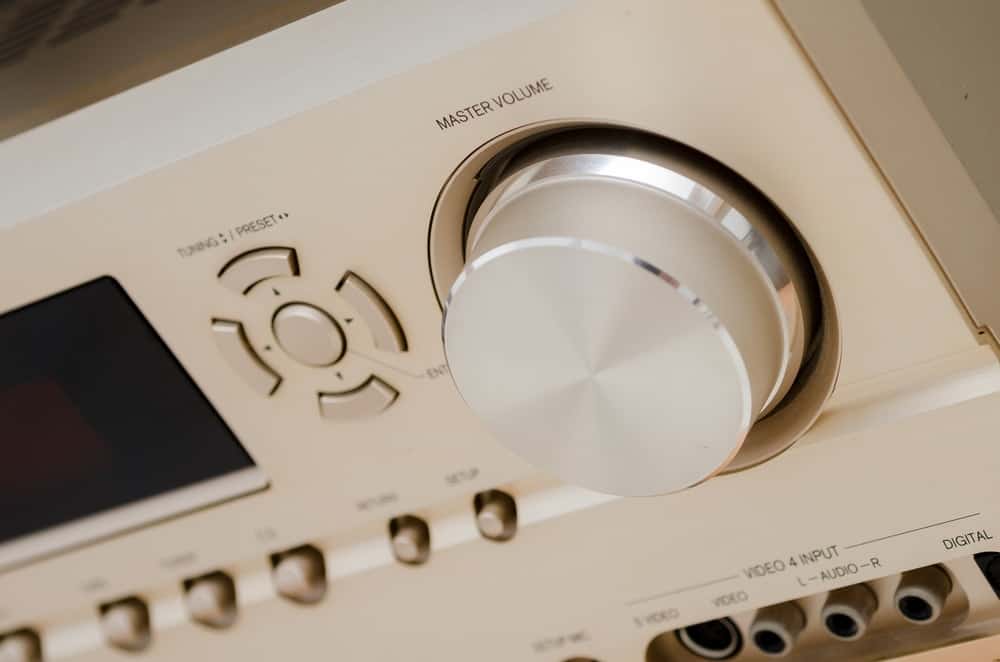 Read: What does a receiver do in a home theater to better understand its functionality.

The lifespan of home receivers

Anyone familiar with the workings of home theaters will know that the receiver is the central hub of all your equipment. It’ll be the site of all connections, and is what you use to hook up your media device to your speaker systems and viewing devices. Therefore it’s probably the most important bit of kit you own.

I’ve known people who are still using home receivers they bought in the 70s and 80s for listening to music, which shows how long they can last if cared for properly. However, this situation is a bit of an anomaly because these people are still using record players and vinyl, which also hasn’t changed in the last 40 years.

When it comes to working out how long a home receiver will last, it really depends on what you’re considering to be its point of death.

If this is when the technology begins to fail, then your home receiver could last decades if cared for properly. One of the best ways to ensure this is to buy a good quality receiver in the first place.

However, if you’re basing a receiver’s lifespan on its ability to keep up with tech advances, then you’re looking at a much shorter period of time. A fair estimate for how quickly technology advances is about 4-5 years. For example, look at the crossover time between HD and 4K, which has been going for a few years now.

So probably the biggest factor in terms of a receiver’s lifespan is its compatibility with existing and emerging technologies. If your devices all use standard HD, then you should be covered for a few more years.

If you’re thinking of bringing in 4K technology to your home theater, then this could be a reason why you need to upgrade your home receiver. With the increasing popularity of formats like HDMI 2.0a an HDCP 2.2, we’re starting to reach a point of discontinuity.

Think of it like the crossover from SCART to HDMI, as this is essentially the same kind of upgrade. You wouldn’t expect your HMDI leads to work in a SCART device, and the same is basically true for the new forms of HD.

So, in short, you can probably expect to get about 4-5 years of use out of your home receiver. If you buy intelligently and start with high-end equipment, then you can probably stretch this out a bit more.

What to look for when buying a new home receiver

Before you go ahead, check out my top picks for home theater receivers. These have been tested in regular homes, so the reviews are more realistic unlike the ones you find on big websites.

If you’ve decided that your old home theater is starting to fall behind, then it can be a good idea to buy a new one. Now is probably a good time for this because several new technologies have emerged recently and these are starting to be found in more affordable products.

Similarly, the price of 4K technology is beginning to trickle down. It might be worth trying to take advantage of this crossover period because you can have a receiver that’s future proof but still works with your current technology. Here are some things to look for when buying a new home receiver.

While many of these features will only be found on higher end models, this is the bracket I’d recommend looking in if you’re upgrading your home receiver. As you can see, they don’t have a brilliant lifespan, so it’s definitely better to invest a bit more money now so that the receiver lasts a bit longer.

Signs you need to upgrade your home receiver

As I mentioned, home receivers can basically last as long as you want them to. However, there are plenty of signs that indicate you might need to trade in your old home receiver for a brand new one. Here are the biggest signs that you need to make the jump to some new tech.

Even if you’re not thinking of making the jump to 4K technology just yet, it’s entirely possible to run out of the right kind of connections for your current equipment. For example, if you bought a home receiver when HD technology was becoming popular, you may only have 1 or 2 HDMI inputs.

You could solve this problem with a switcher, but it can also be a sign for upgrading to a new home receiver. Seeing as HD is the standard now, it’s not uncommon for receiver to have 3 or 4 slots, which would cover you for most media devices in your home theater.

There have been a range of advances in sound technology over recent years that are definitely worth taking advantage of. As I mentioned earlier, many home receivers have automatic setup and calibration, and many will also include different listening modes to get the most out of your speakers.

Also, there are the developments in surround sound formatting, such as Dolby Atmos an DTS:X. These are the cutting-edge in immersive surround sound experience and are definitely worth investing in if you’re a fan of your speakers. What’s more, Dolby Atmos generally comes as standard on receivers supporting 7 channels or more.

Another feature worth upgrading for is the improved network connectivity features found on modern home receivers. These allow you to connect to music streaming services like Spotify directly from your receiver. You can also use this feature to take advantage of things like Apple AirPlay too.

While most home receivers will come with a remote control, those that support mobile remotes allow you to access all of the receiver’s functions from a single interface. This makes fiddling with your sound and picture settings a complete breeze. Having this option gives you much greater control over your options.

High quality receivers are built to last, but unfortunately this doesn’t stand up to the advances in technology. While you could expect a high quality receiver to last over 10 years, you’ll find you need to replace it after about 4. However, now is probably the best time to do this so you can take advantage of the crossover in technologies. Hopefully this will allow you to keep your new receiver around for a good few years.