AV receivers are arguably the heart and soul of a home theater setup. For this reason, it’s best to update your receiver as regularly as your budget allows, particularly with all the recent leaps in home theater technology.

Even if your AV receiver is still working fine, there are 9 signs it’s time to upgrade your home theater receiver for a new model, which include: 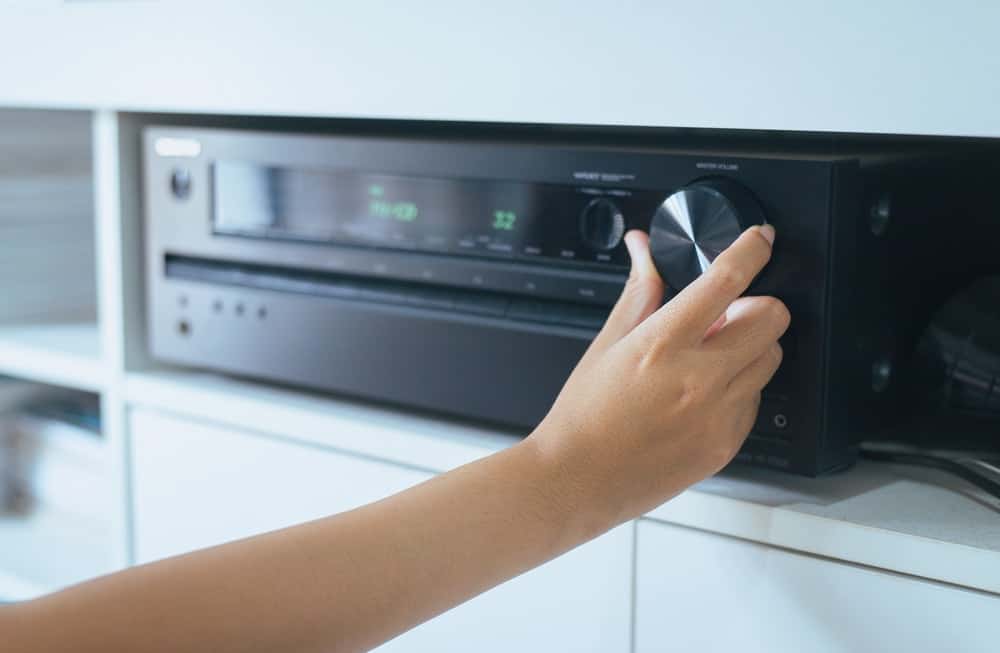 I’ll discuss these in more detail below, but first we’ll look in a bit more detail about how long your home theater receiver should last based on advances in technology. Understanding this information can help you to better plan your next receiver’s lifespan.

Check out my top recommendations for AV receivers. There is one great one for every budget.

How long does a home theater receiver last?

Although the answer to this question is “until it breaks”, a home theater receiver should realistically be replaced every 5 years or so. If you’re not as bothered by advances in technology, then you could probably squeeze 10 years out of a good quality model.

The biggest reason for replacing your home theater (as I’ll discuss below) is technological advances. The home theater world moves fairly quickly; for example, in the last 10 years we’ve had the birth (and death) of 3D TV. With the rise of 8K just on the horizon, it might be worth thinking about upgrading.

We can probably all agree that home theater receivers aren’t cheap; well, good ones aren’t anyway. The best advice I can give for buying a new receiver is to spend more than you think you should in order to buy a higher-end model.

The logic here is that a high-end model should theoretically last longer and should contain more advanced current technology, which makes it future proof for a longer period than a more budget model. Plus, hopefully, it should provide better quality audio and video, and be less likely to break.

For more, read: How Long Do Home Receivers Last?

The following are my main reasons for upgrading a home theater receiver. Of course you don’t need to tick off all reasons to justify an upgrade, but they should hopefully give you some things to think about.

1. You’re missing out on wireless streaming

Sure, this isn’t a particularly big reason to upgrade, but we can all appreciate the convenience of wireless music streaming. Even if your home theater is built primarily for movies, having a decent wireless streaming setup is useful for when you have people over.

As you can see on Amazon, there are plenty of current AV receivers with Bluetooth as standard. This has been a common feature on high-end models for a long time, but its usefulness shouldn’t be overlooked.

Similarly, Bluetooth technology is subject to the same level of advance as other home theater technologies. Bluetooth 5.0 is the most up-to-date version, and supports faster connections and greater connectivity devices. If you’re upgrading your receiver, don’t look for anything less than Bluetooth 5.0.

Surround sound is obviously one of the main reasons people build a home theater in the first place. As it’s the biggest difference between normal TV viewing and a home theater, it makes sense to get the best from it.

Some people might be happy with their current surround sound setup, but true audiophiles are probably intimately aware of the new Dolby Atmos and DTS:X. Atmos is considered the surround sound technology and claims to offer more 3-dimensional surround sound.

The setup for using Atmos is more intricate than previous surround sound systems, and this starts with your receiver. It’s fairly standard on higher-end models now, but make sure the manufacturer states the receiver is capable of handling Atmos decoding.

An Atmos capable receiver will likely have additional speaker inputs for height speakers, which will typically be ceiling speakers, as these improve the level of immersion. While you don’t need to use them, adding ceiling speakers is definitely a way of leveling up your home theater.

DTS:X is arguably a similar jump to Atmos, but differs because it doesn’t specify how many speakers you need. It’ll also be available on lower-end home theater receivers, but this doesn’t mean it’s a worse technology. Rather, DTS:X is a more budget-friendly option.

Whichever you choose for your home theater, ensure you receiver has the required technology and your speakers can handle the new sound format. In short, this might mean buying new speakers too.

Home theater receivers having multiple inputs is nothing new. However, what is new is the variety of devices found in a home theater setup. For example, you might have multiple HDMI devices that all need their own input connection.

This is particularly true if you have 4K capable devices, several games consoles, and perhaps 3D capable technology too. That’s not including other devices, such as a PC, record player, CD player, and so on.

While the number of input connections will depend entirely on how many devices you have, I’d recommend a minimum of 4 HDMI inputs. Many people will be happy with 2, but I don’t think it’s bad to have some spare. Similarly, this will help to future proof your system for any other devices you might buy in the future.

4. You want more from your speakers

As I said earlier, surround sound is arguably the main reason people start a home theater. Once you’re familiar with the technology, it’s worth looking to get more from your system.

It’s highly likely that, unless you built your home theater from scratch with the best information available, you can probably get more from your speakers. While this might not be the case for everyone, I can certainly admit it was true for me.

So how can a new home theater receiver allow you to get the most from your speakers? Here are the main reasons:

A home theater receiver is the powerhouse of your entire system, so it’s worth ensuring it can deliver what you need. There’s no point in buying an amazing speaker system if your receiver is still a lower-end product.

5. You want to make the jump to multi-room media

This point is definitely not aimed at the casual home theater user, although it’s a great way to make the jump to advanced tech fanatic. A multi-room feature used to be the stuff of only the most advanced systems, but now it’s more achievable than you might think.

Multi-room (or multi-zone) media is exactly what it sounds like: the ability to play media from your home theater base in rooms other than the one it’s located in. However, to do this your receiver will need zone outputs.

This essentially lets you wire up speakers in other rooms that can play media from your home theater. It’s possible to do this with both audio and video, but how advanced your setup is will depend on how much effort you’re willing to put in. 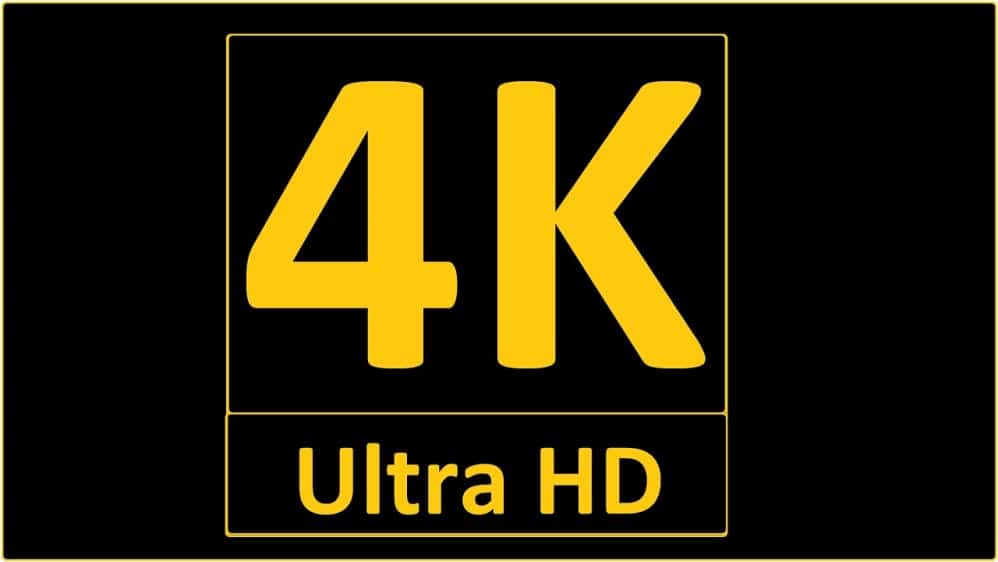 If you haven’t already, it might soon be the time to make the jump to 4K technology. 4K TVs are dropping in price and have finally entered the market for the everyday buyer. However, 4K TVs need different input support than previous resolutions.

For 4K, you’ll need a HDMI input with HDCP 2.2 enabled, as this is the minimum connection capable of handling the data transfer necessary for higher screen resolution. Luckily, many home theater receivers have this technology installed.

As it stands, 8K will likely need the same technology, but it’s still too early for you to be basing your purchases on this. After all, there’s currently no 8K media available outside of Japan. However, it’s worth bearing this in mind for the future.

Even if you were to buy a 4K-enabled receiver now, you’ll get a good 5 years out of it before advancing on to 8K technology. Consider how long people have been happy with “standard” HD, and then consider how long you’ll be happy with 4K resolution.

Although receivers have had internet capability for a while, current wireless streaming puts much greater demands on technology than it ever used to. This is simply because the media we’re trying to stream is more data-rich.

However, a good Wi-Fi receiver will allow you to connect to music streaming services like Spotify or Apple Music, or even connect to your home computer. In short, this all boils down to giving you more options for media content on your home theater system.

8. You’re missing out on bonus features

While this might sound like a tagline for a DVD release, there’s a wide range of surprising and useful bonus features to be found on modern home theater receivers. One of my favorites happens to be app control.

Although this might not sound like the best reason to upgrade, once you play around with it you’ll never want to go back. A good app control system should let you integrate other apps, such as Spotify, to localize all of your content in a single interface.

Not all home theater receivers come with this technology, but many of the bigger brands do. Similarly, not all are worth using, but this article helpfully ranks them from best to worst.

That said, don’t choose your home theater receiver based on this function alone, as that’s not a good way forward. Stick with your brand of choice, but bear in mind the functionality of its app control.

9. You want to future proof your home theater

This point has been touched on in the other points, but it’s so important it justifies having a section all to itself. Technology moves quickly, and it’s very easy to buy something and it be out of date by the time you’ve opened the box.

This is particularly true with home theater technology, and even more so for home theater receivers. For example, while a 4K TV only needs to produce a 4K image, your receiver needs to be capable of handling a range of different technologies (e.g. speakers, input devices).

Therefore I always recommend investing a good bit of money into your receiver. It’s possibly the only device I’d recommend stretching your budget on. The best way to do this is to pick one you like and then look at the same brand’s higher-end models.

There are plenty of reasons you’d want to upgrade your home theater receiver. While this list isn’t exhaustive, it should give you plenty to think about in terms of developing your home theater.

The most important thing to remember is that you shouldn’t just be buying for now, but also for possible tech developments in the next 5 years.