Soundbars are compact, sound great, and offer much value in a discreet yet potent package. While researching soundbars, you may have come across 2.1 and 5.1 options. So, what’s the difference between the two?

2.1 soundbars can only play audio in stereo whereas 5.1 soundbars can output sound to 5 speakers. This allows for more directional sounds, especially with external speakers positioned around the viewer. The “.1” in these numbers represents the subwoofer, which you’ll find in both. 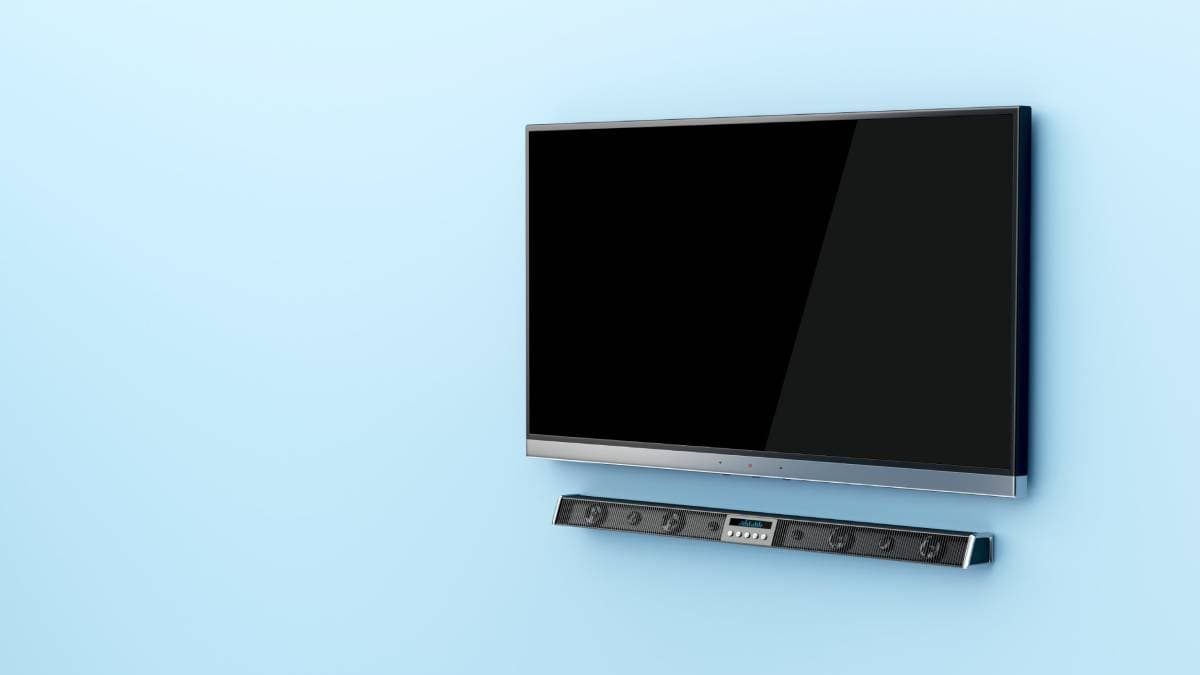 This is a distilled version of the facts, so if you want to equip yourself with more information on the pros and cons of each, you should keep reading. More speakers doesn’t necessarily mean you will have a better experience.

Below, you will find a brief comparison of 5.1 and 2.1 soundbars. This might be oversimplifying things, but it might help you figure out which of the two best suits your needs.

It’s really up to you how complex you want your system to be. Those wanting the immersive sound of a 5.1 might opt for one with internal speakers to simplify their own lives, but others who have the space might prefer the more flexible external speakers.

5.1 channel audio is often dependent on availability. You might find different versions of the same thing with and without 5.1 support.

The truth behind this is that the technology developed in a short space of time. 5.1 was one top-selling point for DVDs, motivating consumers to take the leap from the then-popular VHS.

It took a while before enough DVDs were being sold that 5.1 became more of a standard. Even so, 5.1 only slowly became more common as the world digitized.

Sound production is done in such a way that the individual voice tracks, sound effects, and background music are all recorded on individual tracks, which are all combined for cinema and home releases. Producers can remaster the existing recordings for use on 5.1 systems.

Not every album and movie will get the 5.1 treatment. It usually depends on how popular it is and whether or not 5.1 would add value to it in the first place.

Not all 5.1 systems offer the same experience, making things more confusing. There are generally two different types of 5.1 soundbars.

The JBL Bar 5.1 (available on Amazon) is an example of this type of soundbar. It’s integrated with Alexa and comes with a wireless subwoofer. 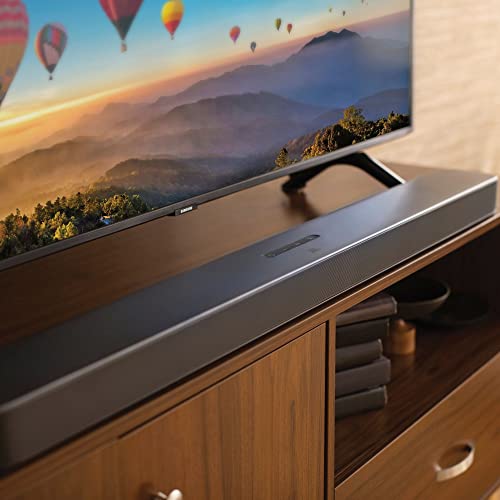 Results may vary depending on the acoustics of the room you are using it in. In large living rooms or open-plan spaces, you might be better off choosing something with external speakers instead.

5.1 surround isn’t exactly a new phenomenon. Cinemaphiles looking for the ultimate home theater experience would painstakingly position each of the five individual speakers, often with long tangles of wire that would be a real headache to manage.

The benefit of external speakers is that you have more freedom in positioning them and aren’t as reliant on the acoustics of your room. Some models like this VIZIO V-Series 5.1 Home Theater (available on Amazon) even have a wireless subwoofer, giving you additional freedom and dimensionality.

Also read: What To Do if Your Vizio Soundbar Remote Is Not Working?

5.1 soundbars are a middle-ground between the old five-speaker standard and modern all-internal systems. They typically have only two external speakers, significantly reducing the complexity of installing and using 5.1 surround sound.

I’ve alluded to this already – the acoustics of the room you are using a soundbar in will influence your experience and the effectiveness of the surround effect.

If you have a small entertainment area, you might not benefit from 5.1 surround at all. Lousy acoustics can also ruin the experience, which is why some audiophiles employ professionals to install their systems.

It’s up to you to weigh up the cost/benefit ratio. It may not be worth splashing out on the 5.1 system if you’re living in a small apartment, but if you’re moving soon, you might regret not doing it if you find yourself with more space.

You might be wondering if you can buy a soundbar and add extra speakers at a later stage—after all, you need to understand what you are buying. You don’t want to pay for features you don’t need.

Unfortunately, these modular soundbars come at a premium. Some higher-end soundbars allow for this, but most soundbars are standalone systems that cannot be upgraded.

One example is the Sonos Beam Gen 2, available on Amazon. Besides having incredibly clear sound, you can easily control this device using the Sonos app. 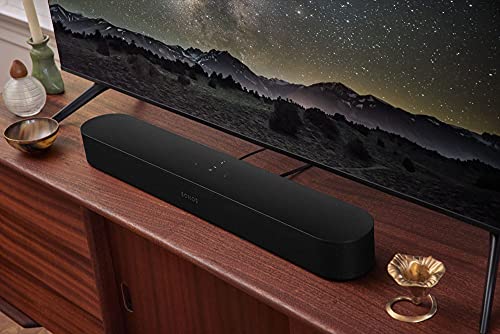 You can add extra Sonos One SL speakers (also on Amazon), but a set can set you back as much as a serviceable 5.1 system. The Sonos range is available in both black and white to complement your furnishings.

A Word on Subwoofers

One of the primary attractions of a soundbar is the rich bass it provides in comparison to a TV’s built-in speakers. I feel it’s necessary to address these components separately, as there are subtle differences one must be aware of.

Most soundbars, whether 2.1 or 5.1, will come with a separate subwoofer. They can be wired or wireless. Some soundbars have a bass coil built into the bar. A separate sub generally sounds better than a built-in sub.

The reason external subs sound better is much the same as why your 7.1 sounds dreadful in your cramped living space—acoustics. If you’re all about the bass, check out this guide for the best soundbars for music.

Even built-in subs will sound better than your TV, but they can’t compare to their external counterparts. The bigger drivers in external subs create stronger sound waves.

Audiophiles tend to take things a step further. This is a significant driver of innovation in the home theater space. There’s almost invariably someone out there with a burning desire to make their listening experience bigger, better, clearer, and more immersive. They will spare no expense in this pursuit.

7.1 soundbars have seven speakers in total, combining internal and external speakers to create grander surround effects. There is no limit to how many speakers you can have.

Practicality usually limits the number of speakers you find in a surround system. The Nakamichi Shockwafe Ultra 9.2.4 has nine speakers and two subs. For most consumers, this is too much. A modest 2.1 soundbar with high-quality drivers is more than enough for most applications.

Thankfully, wireless technology makes setting them up more straightforward, but getting the acoustics right with so many speakers is no easy feat. Granted, most of them are built right into the soundbar, but these products aren’t for the faint of heart.

The difference between 2.1 and 5.1 soundbars is simple—one has more speakers than the other. Those wanting the additional immersion of 5.1 will have to pay extra and ensure the media they wish to consume supports 5.1 in the first place.

While things can get more complex, the choice usually comes down to what you need as an individual. If you want to feel like you’re in the movie, a 2.1 won’t do it for you. If all you’re after is something louder and bassier than your TV, you’ll do just fine with one.