I recently decided to upgrade my home theater setup using a new projector, and realized that there was plenty of choice between LED, LCD, and DLP projectors, which got me wondering which would be the best for my needs.

So are LED projectors good for home theaters?

In short, LED projectors provide excellent picture quality, and require very little maintenance. The LEDs can last for up to 20,000 hours before they need replacing, and the projectors are generally smaller than other types. This makes LED projectors far better than LED TVs. 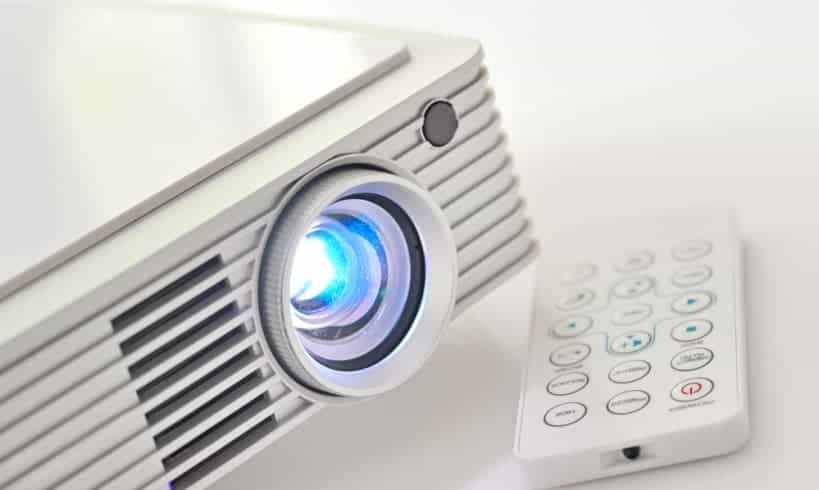 While I found that LED projectors are great for a wide range of home theater setups, I believe it’s worth knowing which kind of projector will be suitable for your needs. This article looks at the other models available, and the benefits of using an LED projector.

When Are LED projectors Suitable For Home Theaters?

LED projectors have an excellent lifespan, and because they’re low maintenance, they’re suitable for people who don’t want to mess around with their setup too much. They also have very low power consumption, which makes them more energy efficient than comparative models, and they’re much smaller, and so are suitable for more compact home theaters.

As I mentioned above, the biggest drawback of LED projectors is that they aren’t as bright as DLP or LCD projectors. This might not be a problem for everyone, but it’s worth considering if your home theater is set up in a room that has a lot of ambient light. However, this issue can be overcome simply by getting blackout curtains.

So what are the main competitors?

DLP (digital light processing) projectors use tiny mirrors and a spinning color wheel to produce an image. They don’t require much maintenance and produce a very sharp image. Also, they’re capable of producing images in 3D, something other models are unable to do.

The biggest drawback of DLP projectors is that their lamp time is much lower than LED projectors, and will last up to 5,000 hours before you need to replace anything. Colors can also lose their crispness after a while, and they can ghost as the projector begins to age.

LCD (liquid crystal display) projectors use technology than many would be familiar with, as it’s the same technology used in modern TVs. As a general rule, LCD projectors are inexpensive because they don’t have any moving parts, and if you just want a basic projector, you can pick up a single chip projector for very little money. However, if you can splash out a bit more, a 3-chip projector will give much better picture quality.

LCD projectors are limited by the picture quality they can output. Not only that, they require constant cleaning to keep them in good working order. While this isn’t a massive problem, it could result in some expensive accidents if you forget to clean the filter.

Out of the three types of projector available, LED projectors are pretty good for most home theater systems. They’re not too expensive, but you can get some truly excellent devices if you’re willing to spend a bit more money. The biggest advantage is that they’re so small, which can be a massive help if you’re limited on space. That said bear in mind that they’re not the brightest projectors, so you might also need to invest in some thicker curtains.

What To Look For When Buying An LED Projector

As I’m sure you probably know, the technology market is incredibly saturated, and if you’re new to the projector game then picking the right one can be a challenge. There are certain things you should think about before buying a projector, including:

The biggest factors to consider when choosing an LED projector for your home theater are image and resolution. I bought a projector with the intention of playing games, but also watching films. This meant I had to look for something of a hybrid projector, because it needs both data and video output capabilities.

It isn’t particularly hard to find a projector that excels at video output, but it is harder to find one that’s got good all-round capabilities without sacrificing video output quality. However, many manufacturers label the projector’s strengths, and there’s always user reviews to fall back on if you can’t find the information you need.

Is An LED Projector Better Than An LED TV?

Much of the technology used in projectors is the same as that used in TVs, and both LCD and LED TVs are very common in today’s market. I bought my projector because I had a large space I could take advantage of, but it got me wondering whether projectors are really worth the extra money.

At the end of the day, the biggest deciding factor is space. Depending on the size of the projector, and screen, you’ll need a certain distance between projector and screen. And we’re talking a good 10ft (maybe even 20) in order for you to get the right picture quality. Some people just don’t have this kind of space in their home, and so a projector really won’t be worth it.

The other thing worth considering when you’re setting up your home theater system is that modern TVs are capable of putting out incredible picture quality, which even though a projector has the same resolution, it simply won’t match in terms of crispness and brightness.

This is simply because a TV doesn’t have to work as hard to produce the image, and there’s nothing lost between device and screen. An LED projector, on the other hand, cannot produce images that are as bright, and you can expect some level of interference between projector and screen, even if it’s just from dust.

You can get some really amazing TVs now, and we’re no longer restrained by size thanks to advances in LED and LCD technology. Granted, a 50” TV will be more expensive than a projector that can produce the same size image, but the difference in picture quality will definitely be noticeable.

The bottom line when it comes to buying a projector for your home theater is whether you have the room to justify it. Small home theater rooms will benefit much more from a good TV than a good projector, but larger rooms designed for more people will benefit from the larger picture a projector can give.

Do you need a screen for a projector?

You can project an image directly onto the wall, but a screen will give you better image quality because it’s a smoother surface. Some more expensive projector screens will have reflective qualities, which will also brighten the image. The only downside of using a screen is having somewhere to store it when not in use.

How many lumens do you need to project in daylight?

Ideally, you should organize your room around the projector to ensure it’s as dark as possible. Projecting in daylight is harder, and you’d need a projector with 2,500 lumens to get a decent image. For darker rooms, this only needs to be 1,500 lumens. LED projectors aren’t that suitable for bright rooms.

Are 4K projectors worth it?

4K is the latest advance in video technology, and 4K projectors are still expensive. Compared to a 4K TV, a projector won’t give out anywhere near as crisp an image, so if you’re looking to upgrade, use your money for a TV instead.

LED projectors are good all-round pieces of kit for a home theater setup. The ones I looked at are inexpensive, compact, and thankfully require little maintenance. The only drawback is they’re not as bright as other projectors, but considering the money you save, this really isn’t a massive problem.

Check out my list of best home theater projectors.