Having both a preamp and an amp in your home theater system might seem pointless, and you might have wondered if a preamp can be used as an amp. I decided to do some research so I could explain the issue in detail.

Read my article:Do You Need A Preamp For Home Theater? 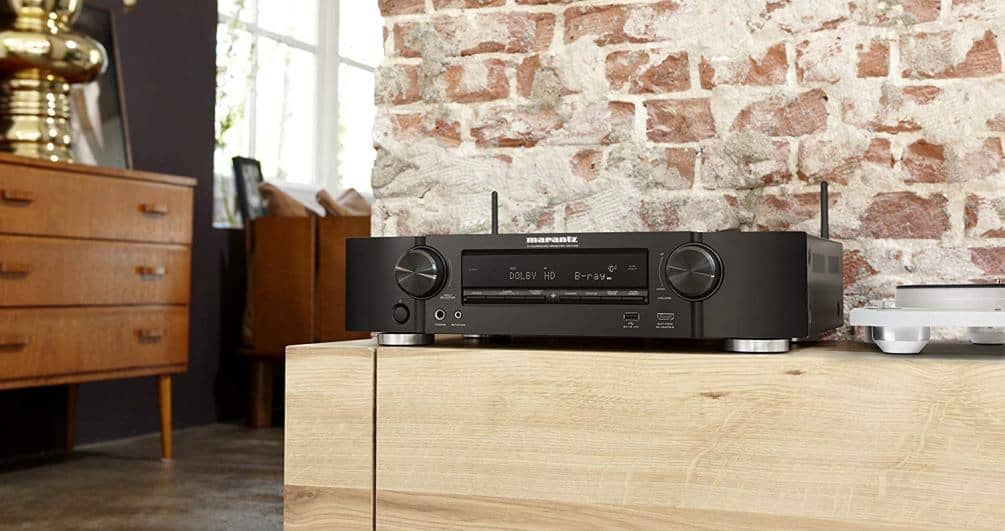 Also read my article where I compare amplifiers, preamps and receivers.

Can a preamp be used as an amp?

Building a speaker system in your home theater can be both exciting and confusing. When it comes to the hardware, you might have wondered whether you need all the different components, such as amps and preamps (list of my articles in the category), and whether one part can replace another.

To understand whether a preamp can be used as an amp, you need to know the difference between the two components. As I mentioned, they do similar jobs but fulfill different roles within the speaker circuit.

A preamp is designed to boost weaker signals up to line level. Line level is the technical term for the sound level at which all signals should enter the amplifier in order to be heard on the speakers. A microphone is the best example of a weak signal that needs boosting by a preamp.

Once the weaker signals have been boosted they’re sent to the amplifier. They may pass through a mixer on the way, but this isn’t a necessary step. After arriving at the amp, the line signal is then boosted further.

This is done so that it can be heard on the speakers. If audio signals weren’t passed through an amp they would be distorted and at different levels, which would result in poor quality audio.

So when it comes to whether a preamp can be used as an amp, the short answer is no. A preamp simply doesn’t work with as much power as an amp and so wouldn’t be able to boost the line signal enough to be heard on the speakers. A preamp simply boosts a weak signal, whereas an amp can do so much more.

If you have some kind of audio interface in your system that allows you to connect different devices like microphones  (read my article ‘how to connect microphone to a home theater’) and instruments, then it’s unlikely you’ll need a preamp. Audio interfaces generally contain a preamp already.

Similarly, there are plenty of situations in which you don’t need a preamp. These are only necessary for dealing with weak signals, so if your speakers are used for movies and TV, you should be fine without one.

Can you use a preamp without an amplifier?

If you’re new to the world of sound equipment, it can be easy to get confused with the terminology. As a result, you might have wondered whether you can use a preamp without an amp.

Well the answer is no, you can’t use a preamp without an amp. Even if the names of the two devices aren’t obvious enough, it’s necessary to understand that a preamp is basically a supplementary device that isn’t needed in every speaker system.

An amplifier, on the other hand, is a fundamental piece of equipment in a speaker system. Without it, your audio signals wouldn’t be boosted enough to be heard on the speakers. An amp is a much more powerful and important device than a preamp.

So, just to be clear, a preamp can’t be used as an amp for the following reasons:

A preamp is a much weaker piece of equipment than an amp because it simply brings weaker signals up to line level, which takes significantly less power. Therefore a preamp simply wouldn’t have enough juice to get the audio signal around the speakers.

Amps contain powerful transformers that provide them with enough juice to boost the line signal. While preamps also have transformers, they’re nowhere near as powerful. This is because they only need to boost the signal to line level.

Another reason why a preamp can’t be used as an amp is that it simply doesn’t have enough functions. A preamp simply boosts the signal, whereas an amp has a much wider range of functions, aside from boosting the line signal.

For example, an amp can also mute signals, change the balance between channels, add filters and modifiers to the audio signals, and so much more. Amps are such an important piece of equipment because they can do so many things.

3. It isn’t necessary for an audio circuit

A preamp is only necessary if you’ve got weak signals that need boosting. The best example is a microphone, but instruments might also need some kind of pre-amplification. Unless you’re doing karaoke or have a recording/mixing studio, it’s unlikely you’ll need a preamp in your system.

An amp, however, is a fundamental piece of equipment in any audio system. You’ll find amps in anything from a radio to a kid’s toy, and they’re vital for boosting the signal enough for it to be heard by the human ear.

So as you can see, it’s not possible to use a preamp without an amplifier. The amp is one of the most important parts in the circuit, whereas the preamp is an extra piece of kit that you only need if you’ve got weak signals. Unless you’re recording music or singing, it’s unlikely that this will be the case.

Tips for using a preamp in your system

Where to put your preamp

After this, the signal can be passed through any number of devices, such as an audio interface, mixing deck, or amplifier. Basically, put the preamp as close to the input signal as possible, as this makes the most sense.

Similarly, when it comes to placement, you should be careful about where you place the preamp in relation to the amplifier. You might have thought it would make sense for these two devices to be put in a single unit, but there’s a reason that doesn’t happen.

Preamps and amps should be kept separate because the noise generated by the amp can interfere with the quality of the preamp’s signal. The effect might not be much, but if you’re working with high quality audio then it can be a real problem

Considering audio interfaces usually contain a preamp, you might not think it’s necessary to have both. But is one better than the other when it comes to signal boosting?

If you’re on a budget, it makes more sense to get an audio interface because this can do a lot more than a preamp. However, having both a preamp and an audio interface is useful if you want a preamp that modifies the signal in some way, such as adding distortion.

The preamp in an audio interface will typically be “transparent”, which means it only boosts the signal rather than “coloring” it in any way. However, this sort of thing can generally be done in mixing, so it’s not completely necessary.

Connecting the preamp to the amp

Connecting the two devices together is incredibly simple. After all, they were made to be connected. All you need to do is plug your cable into the output of the preamp and then plug it into the matching input on the amp.

Inputs are generally labeled with letters, but check the manual if you have any doubts. For this, you should typically use a RCA or XLR cable, but this will obviously depend on your device’s connections.

It can definitely be a bit confusing to become familiar with the different parts of the audio circuit. However, the most important thing to remember is that the amp is crucial to the circuit, whereas a preamp isn’t.

I hope this article has clarified whether you can use a preamp as an amp (you can’t), and that an amp is much more important than a preamp. If you need to add a preamp into your system, as you can see it’s not difficult at all.