For a long time, studio monitors have been associated with sound engineers and play a huge role in the recording, mixing, and mastering process from recording studios, film studios, and bedroom studios to world-class facilities. They look deceptively similar to regular speakers, but are they suitable for a home theater?

You can use studio monitors for regular speakers as both types offer almost the same performance. However, a studio monitor is great in production, while a standard speaker is enjoyable for home entertainment.

Also read: Can You Use Studio Monitors For Home Theater? 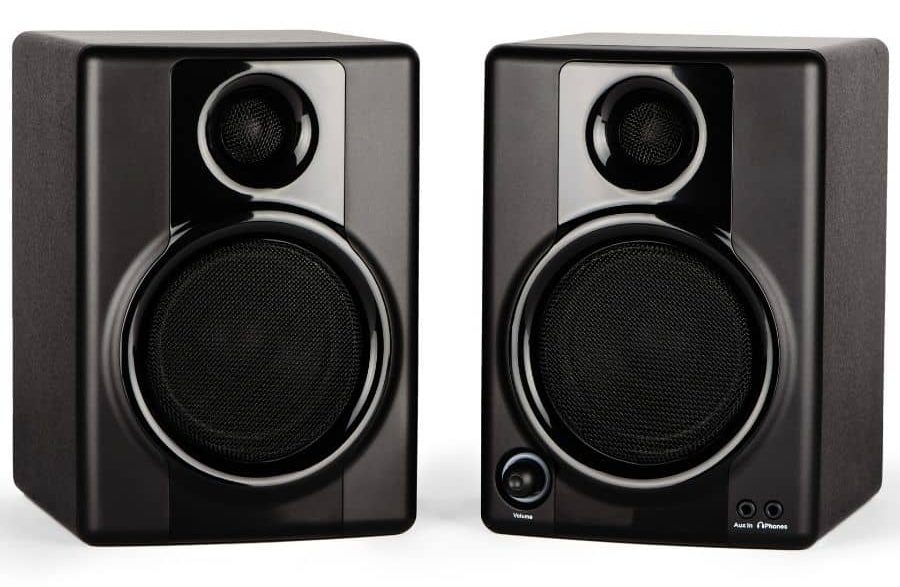 As consumers start to become more enlightened about the joys of having great audio, they increasingly ask the experts, “Can you use studio monitors for regular speakers?” This article will clarify if studio monitors are worth the investment for home entertainment, let’s dive in.

Studio Monitors and Regular Speakers: How Do They Work?

Studio monitors and regular speakers share a common ground in many instances. However, studio monitors are more physically robust than home hi-fi loudspeakers since they evaluate mixed programming’s aesthetic merits. Below are the main differences:

Studio monitors have built-in amplifiers that make them active. They remove the need for a separate amp and a crossover. Besides, studio monitors can cope with high volumes, and sudden sound bursts in the studio when playing back unmastered mixes.

On the other hand, regular speakers are passive and get their power source from the device plugged, usually a dedicated standalone amplifier.

The different components of studio monitors require amplifiers to produce more accurate and crisp sound for sound engineers to pick out background noise. The subwoofer, tweeter and the speaker each incorporate an amp for high-quality sound in audio production.

Conversely, regular speakers change the amplitude of the sound waves by the increasing power of each wave. Whereas, a studio monitor leaves the sound waves virtually untouched so that you can hear it in the original form.

Regular speakers don’t need an advanced level of technology to produce sound. It uses a magnet to push a signal out of the cone-shaped interface to make the sound travel. They feature one amplifier for all frequency tones to offer adequate sound, which works well in home settings.

While a regular speaker changes the tone, a monitor makes no changes to the pitch or amplitude of the sound waves and allows you to listen to optimal sound quality across any device. Therefore, studio monitors have an incredibly precise audio quality that can show any kind of distortion and background noise.

Frequency response is how fast the speaker responds to the frequency to produce a signal with no distortion to offer a natural sound wave. Studio monitors allow the listener/producer to isolate different tones and place them together without altering the incorrect line.

The frequency response for a studio monitor should be as flat as possible to get accurate sound quality. Conversely, regular speakers attribute a frequency sound that varies from 2db and above, which can change how the output is influenced by the input.

The frequency response has a lot to do with the bandwidth, which measures how long it takes for one complete cycle to pass through. Since studio monitors have a flat frequency response, it means that the output signal is close to the input signal.

Regular speakers add distorted noise to the sound quality, which affects the audio output across all devices. For instance, if you have played a song on your headset and then switched to your car stereo, you may have noticed it sounds different.

The total harmonic threshold attributes to either high or low numbers in the amount of distortion from added circuit noise. Studio monitors have little THD numbers, while regular speakers have high THD, which increases the audio’s distortion.

A loudspeaker enclosure is a cabinet (often box-shaped) which holds speaker drivers and associated electronic hardware such as crossover circuits and power amplifiers. Speaker Cabinets range in design from simple to complex.

On the other hand, since studio monitors project sound in short distances, they make an excellent choice for bedrooms, studios, and smaller areas. They prevent the sound from enhancing or reducing, giving the actual frequency of a sound.

Manufacturers spend a lot of time designing regular speakers to enhance sound quality with middle frequencies, high frequencies, and rich bass. On the other hand, studio monitors prioritize a flat-response and don’t increase the system’s sound to maintain the exact rate.

Although this may sound like a drawback when using studio monitors, it’s a quality that is useful to those who want to maintain a song’s actual frequency and overall sound.

Comparison of Benefits and Drawbacks 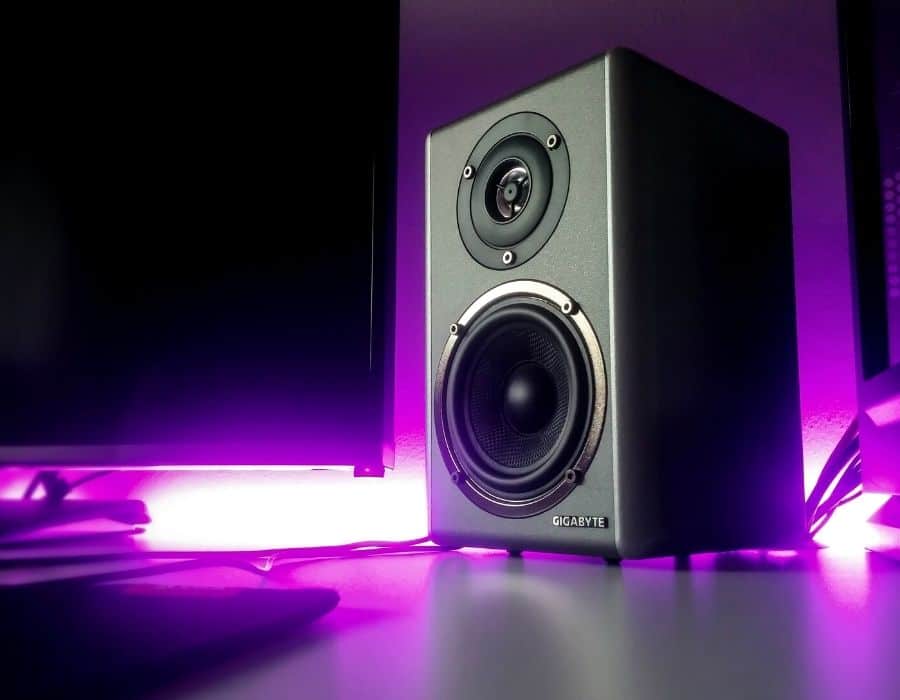 The Drawbacks of Regular Speakers

The Verdict: Can You Use Studio Monitors for Regular Speakers?

Of course, you can! Studio monitors behave differently from regular speakers as they are made for people who work with audio and for critical listening. They pick out sonic imperfections and give cleaner and better sound than standard speakers.

Also, a studio monitor works differently from a regular speaker to handle various elements from audio production. A standard speaker uses an amplifier and other audio control devices to improve your personal sound experience.

Regular speakers and studio monitors come in all shapes and sizes. A typical speaker is the most common audio output device in most homes, while a studio monitor is for back end production.

However, depending on your budget, you can acquire a studio monitor from $100 and above. But if this is your first monitor, I’d recommend something affordable. Besides, a studio monitor is an excellent choice for audio production, while a regular speaker is best for the enjoyment of the sound at home.

Check out my recommended speaker setup for home theater.