The benefits of using a streaming service like Netflix are almost endless. However, many people seem to encounter a problem using their surround sound system on Netflix, so I’ve written this article as a how-to guide to make it easier.

Watching Netflix with surround sound is as simple as opening some content on Netflix and changing the audio settings to 5.1. However, the main issue is that not all content has surround sound enabled and there isn’t a list of available content.

Also, read my guide on how to fix soundbar and Netflix issues. 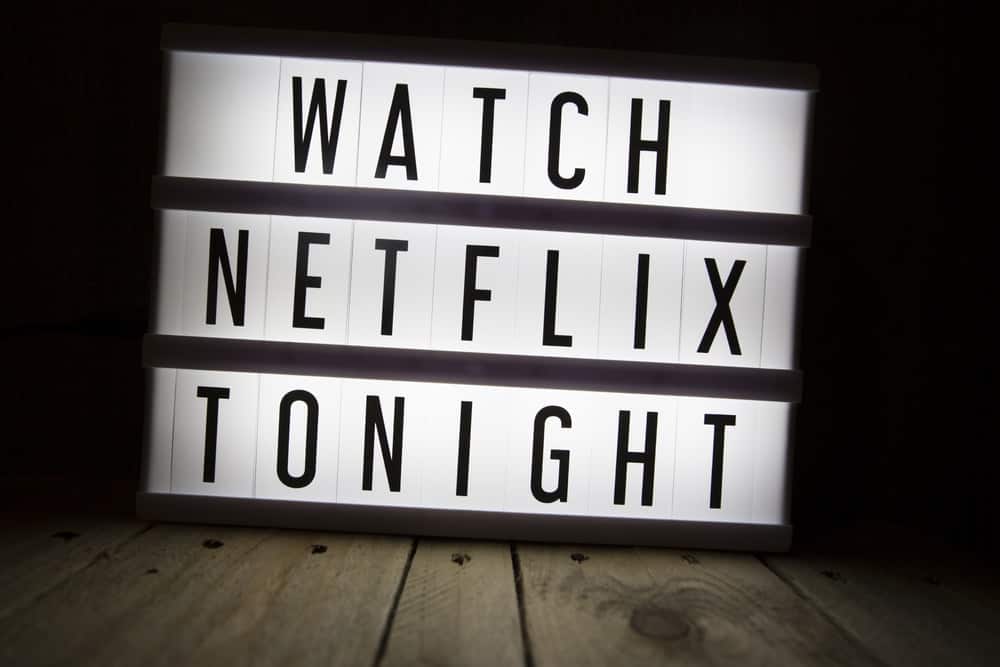 Does surround sound work with Netflix?

Netflix has basically seen consistent, exponential growth since it moved over to a streaming style service. In fact, it was arguably the first company to do this and has maintained a strong customer base ever since.

That said, one area that Netflix has always lacked is the ability to provide high-quality audio on its content. This changed a few years ago when they started enabling 5.1 Dolby Digital Plus on some content.

So in short, yes Netflix does provide 5.1 but it’s worth noting that it’s not on all content. Similarly, there’s no comprehensive list of what content has surround sound enabled on it.

According to the relevant Netflix help page, content with surround sound enabled will feature the Dolby Digital icon next to its title in the browsing menu.

While this isn’t as easy as a single list, it at least means you can check. It’s the “.1” in a 3.1, 5.1 or 7.1 surround sound capability while searching for your next streaming binge.

One of the main things to bear in mind is that most blockbuster films will have surround sound, as will bigger budget TV shows (although surround sound is less prevalent on TV anyway).

Conversely, you can expect lower budget content or indie films to not support surround. However, you should find plenty of content that’ll give your speakers a good workout, particularly as the company wakes up to the high demand for good quality audio.

One blanket rule I have found is that Netflix’s original titles (both films and TV) support 5.1 channel surround sound as standard, so this content is always a good place to start.

How to watch Netflix with surround sound

The good news is that enabling surround sound for Netflix is pretty easy. However, before you get stuck into your next film, I’d recommend performing an audio test to ensure everything is set up to your liking.

Below are the steps to set up surround sound on Netflix:

If your receiver has the option for setting surround sound, do it this way because it’s much easier. Similarly, this setting should be automatically saved so that it switches to surround sound whenever you play relevant content on Netflix.

Enabling surround sound on the streaming platform really is that easy! If you’ve had an issue in the past, it’s most likely because you were attempting to play content that only had stereo audio.

As I mentioned earlier, I’d definitely recommend performing an audio test before you settle in to enjoy a film. You should only need to do this once, as it’s simply a case of finding the best settings on your receiver for the streaming service.

It’s likely you’ve performed a sound test on your surround sound system before, and so would already know what to do. There’s no reason why a sound test for Netflix should be any different, but it’s definitely worth doing when you first enable surround sound.

The purpose of a sound test is to ensure you’re happy with how your speakers work with the content and to test any audio effects installed on your receiver. These might include Dolby Pro Logic, DTS, or others.

The key is to pick content that has a good frequency range, allowing you to test everything from your subwoofer to your tweeters. Annoyingly, one of the best films I’ve found is Star Wars: Rogue One, which is no longer on Netflix.

Realistically the film doesn’t matter, but here is a list of some of the best film scenes for testing surround sound. It’s likely that at least one of these is on Netflix in your country.

Once you’ve loaded the film up, simply play around with the speaker volume and settings until you have something you’re happy with. There isn’t a hard and fast rule that’ll work for all films and speakers, so you’ll just have to do it by ear. However, that’s part of the fun of surround sound!

When I was testing my speakers for Netflix, I found that Dolby Pro Logic II worked best for my needs because it had a nice balance between speaking voices, explosions, and other FX, although this might differ for your setup.

What you need for surround sound on Netflix

Getting the best out of your Netflix content really isn’t difficult, even in surround sound. There are a couple of things you must have before trying it, although I imagine most home theater owners are already covered on these. 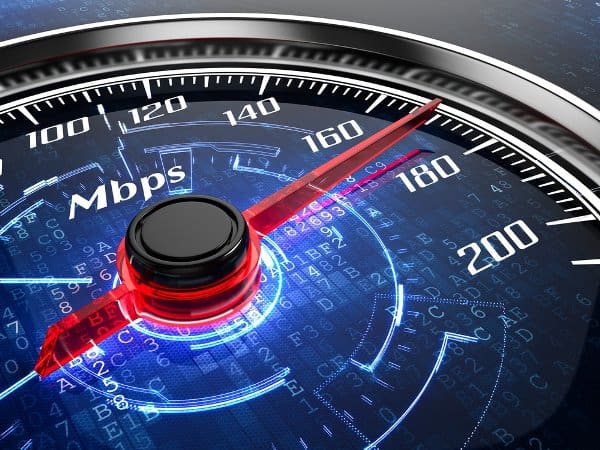 While you can watch Netflix with lower download speed, you won’t be capable of playing HD video (and therefore getting surround sound). All Netflix accounts have their streaming quality set to automatic, but I explain how to change this in more detail below.

You’ll obviously need a 5.1 channel surround sound system, and all the other necessary equipment to go along with it. Ensure your speakers support Codec, as this is the format Netflix uses. Similarly, you’ll need an HDMI cable version 1.3 or newer.

Although you’ll most likely be watching Netflix on your TV, you’ll probably need a web browser if you want to change any settings. The Netflix mobile and TV app support very little functionality, meaning you’ll have to do it on a computer.

While you can set audio to surround sound from within the app (or your receiver can do it automatically), if you want to change things like your streaming quality then you’ll most likely have to do it on a computer. This isn’t the case for all versions of the app but is a general rule.

Although the process of enabling surround sound on Netflix is fairly easy, like any other system it can have its range of problems. Below are some of the most common issues you might face when setting this up for the first time.

Streaming quality is poor and sound is tinny

Poor streaming quality is an incredibly common problem for everyone but is also fairly easy to solve. The first step should obviously be to test your internet connection, ideally by doing a speed test. Ensure your download speed is capable of handling video content.

The next step is to look at Netflix’s settings. In either the general settings or the video playback menu is an option for streaming quality. This can either be set to low, medium, high, or auto.

Most systems will be set to auto by default, but if you’re using surround sound then I’d recommend setting it to high. This can use 3GB of data an hour for HD content, or up to 7GB per hour for Ultra HD content. Again, ensure your internet can handle this.

Data usage affects both video and audio quality, so if you want surround sound then you should obviously put it on the highest setting. This can always be changed back, but be aware that the change affects the profile, not just the current playing device.

I’m not getting surround sound

Providing you’ve done an audio test, you shouldn’t get to this point. However, if you’ve set everything up properly and you’re still not getting surround sound, then try the following steps.

To check the device is capable of supporting surround sound, find a title that you know has the option (such as a Netflix original title) and see if you can set 5.1 channel sound on it. If not, switch to a different device.

The other obvious issue could be with your system. Ensure all cables are plugged in and working properly. If necessary, swap out cables for alternatives to confirm everything is in order.

Finally, ensure your receiver and speakers are all set to 5.1 channel sound. This is the only format of surround sound that Netflix supports; so don’t bother trying to using 3 or 7 speakers.

Is there a way to get 7.1 channel surround sound on Netflix?

Although Netflix only supports 5.1 channel surround sound, you do have an option for potentially increasing sound immersion. Netflix also supports Dolby Atmos, which improves sound immersion through digital manipulation of the audio signal.

Dolby Atmos is supported on far fewer titles that normal surround sound. You can check for it in the same way, as supporting content will feature the Atmos symbol in the browsing menu.

While this won’t make the sound come out of more speakers, it will make it more dynamic and immersive, which partially makes up for the lack of extra speakers. However, true audiophiles might avoid this option because it results in “untrue” sound.

Background noise can be a surprisingly common problem when watching streamed media. I’ve found it happens most commonly with things like streaming sticks (Amazon FireTV or Apple TV), but it can occur on other devices too.

The issue can be as simple as Wi-Fi interference, which will involve you moving the streaming device away from the speakers. Alternatively, it could be an issue with your TV or receiver’s audio settings.

The first thing I’d recommend is turning everything off and starting again because this can often solve problems. After that, periodically work your way through each device’s audio settings to see if you can solve the problem.

The bottom line is that Netflix supports 5.1 channel surround sound, providing you have all the right equipment for this. Hopefully, the troubleshooting tips above should help you with any minor problems, and the process is simple enough that you shouldn’t encounter any major ones.

Setting up surround sound on Netflix is pretty easy, providing it goes right. However, you might find yourself spending a bit of time getting the right audio settings for the content. Any home theater fan will know this is part of the fun, so get stuck in and find the perfect audio settings for your next streaming marathon!