Setting up speakers can be a challenge, and one of the worst things is to set them up only to find out you’ve got muffled surround sound. It’s a problem I’ve seen many people experience, so I decided to do a bit more research on what you can do to solve it.

So, how do you fix muffled surround sound? The most likely way to fix muffled is to check the wiring. Muffled sound from speakers is usually caused by them not being wired in sequence, or the wiring being damaged. Also, it’s worth checking that your AV receiver is on the right setting for the media. 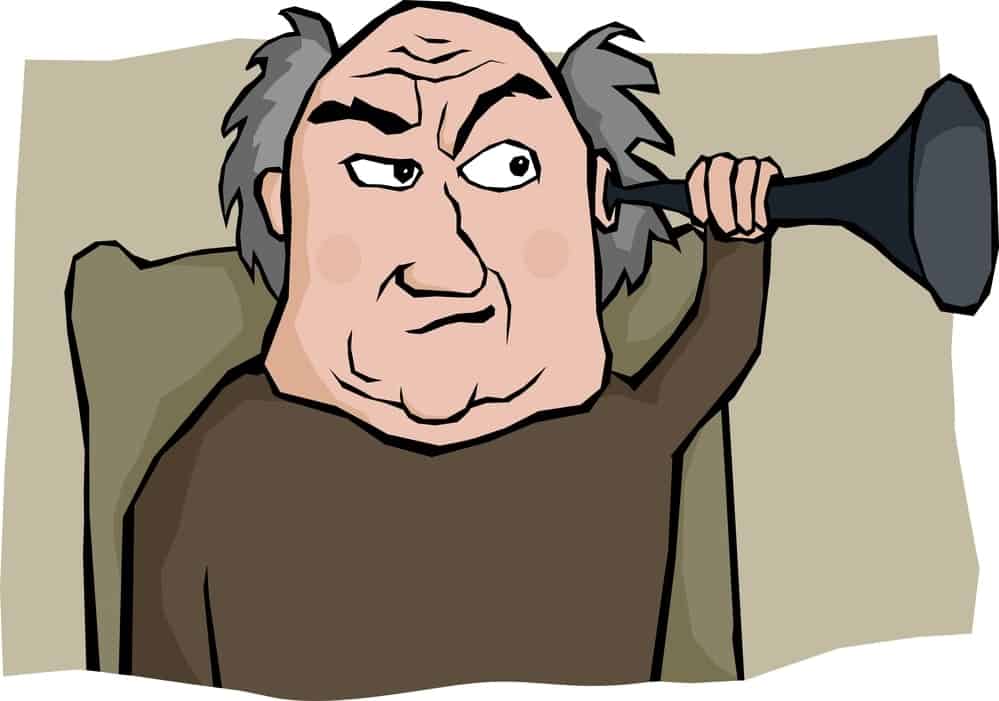 How to fix muffled surround sound

If your surround sound system is new then it’s most likely that the muffled sound comes from dodgy setup, although it’s worth checking that everything works properly too. However, I’d always check the wiring (read my guide on wiring) first, as this is usually the reason why things don’t sound right.

Surround sound speakers all need to be joined up in phase, or in sequence. This means that there’s one right way to wire the speakers up, and plenty of wrong ways. It’s likely your speakers will come with an installation guide, but the setup is generally consistent for most brands.

Essentially, each speaker will have two connections on it: one positive and one negative. These will correspond to connections on the back of your receiver, although they might not be color-coded in the same way. They will however be labeled, so it should be too difficult to match things up.

So your starting point for fixing muffled sound on your speakers should be to check that all the wiring is correct and secure. It’s important to have good connections, as bad ones can cause a drop in sound quality and could be contributing to your muffled problem.

Failing that, another common cause of muffled surround sound is not having your receiver on the correct audio setting. This is probably a less likely reason, but is definitely worth checking.

For example, some surround sound systems don’t have a center channel, which is usually the one from which voices are projected. However, media audio and the AV receiver will still attempt to send signals to these non-existent center channel speakers, meaning you can miss some important audio.

If your surround sound system doesn’t have a center channel, then be sure to set your receiver to the correct setting. This should help to modify which speakers it sends sound to, which should hopefully solve the problem of muffled sound. It’s also possible to change this function on some media devices, such as DVD and Blu Ray players, and games consoles.

I’d recommend starting with these two solutions, as they’re the easiest ways to solve the problem of muffled sound. However, if these don’t work then it’s worth considering whether the speakers are faulty. If you think this is the case, take them to a repair shop to be inspected.

Why surround sound gets muffled

Along with knowing how to fix muffled surround sound, it’s definitely helpful to know why it can become muffled in the first place. As you can see, there are a few reasons, but there’s also a much more obvious reason why surround sound gets muffled.

The obvious reason surround sound can be muffled is because there’s something in their way. I didn’t discuss this above because it’s not an issue that really needs much to fix it, but is something that people can overlook.

When setting up your surround sound speakers, make sure there’s nothing obstructing them. More than anything, this means having no large objects between you and the speakers, as this can help to absorb the sound waves. While this won’t lead to drastic muffling, it can compromise the clarity of those expensive speakers.

For some speakers, it can be helpful for them to have plenty of space behind as well as in front. This is particularly true for subwoofers (my top recommendations), as they have cones in the back that suck in air. As a result, not leaving enough space behind can have an effect on their sound quality. Always refer to your surround sound installation instructions for the best speaker positioning.

As mentioned above, probably the most common reason why surround sound speakers are muffled is because they haven’t been wired properly. If you’ve never done it before, wiring speakers can be complicated, but it’s necessary to get it right.

You have to wire speakers in sequence, which is also referred to as phase or series. This means connecting the amplifier to the first speaker via the positive terminal, and the signal is sent around the speakers until it reaches the amplifier via the final speaker’s minus terminal.

Getting the wiring right gives the surround sound system the correct resistance and power to produce sound. Much like any other electrical circuit, getting the wiring wrong can lead to problems in the output, which in this case is sound. Check out this guide for more information on wiring your speakers correctly.

The reason surround sound gets muffled in this way is simply because there’s an issue in the connection. If one speaker is wired incorrectly, for example positive and negative are reversed, it’ll create issues in the circuit that produces muffled, or completely missing, sound.

This could also be true if the wiring itself is damage or not connected to the speaker properly. If you find your surround sound is muffled, my first step would be to check that the wiring isn’t damaged anywhere. Wiring is particularly prone to damage if it’s threaded around furniture.

Having the wrong settings on your AV receiver

The final reason surround sound gets muffled is because the AV receiver, or other media device, isn’t on the correct settings for your system. You might find this is the case if you’ve got a new speaker system or media device, and it’s always worth checking the settings.

As mentioned, if your speaker system doesn’t have a center channel, this can affect the sound quality. Your receiver or media device might think you have more speakers than you do, and is so trying to distribute the audio incorrectly. Luckily, this can be solved pretty easily.

Play around with your receiver settings for a bit to make sure they’re working correctly. For example, many receivers allow you to set speaker size, number, and subwoofer crossover settings. Receivers will generally come with a standard setting, and this might not be completely accurate for your system.

Generally, these are the main reasons why a surround sound system gets muffled. If you experience this problem then it’s definitely worth playing around with your system and checking everything is connected properly. You’ll probably find something has just been knocked, or the settings aren’t right anymore.

Tips for getting the most out your surround sound speakers

Having muffled sound is probably one of the most common issues found with surround sound speakers. However, there are some things you can do to get the most out of them, and to avoid common problems like humming and muffled sound. Here are my top tips for enjoying your speakers.

Poor quality wire can lead to a number of speaker issues, muffled sound being just one of them. While it’s not necessarily to splash out on the most expensive gold wiring, it does pay to spend a bit more on some good stuff.

Do some research and see what people in the know are using. Many of them have already done the testing and research and have found a brand they’re happy with. You can find plenty of good options for wiring online, and there’s absolutely no need to break the bank.

Humming can be annoying and hard to deal with. If you can hear it in your system, it probably means you’ve got interference from something else in your system.

PS Audio has a good guide on how to deal with a ground loop, as it can end up being a pretty complicated issue. However, if you experience humming in your speaker system then it’s definitely worth looking into.

I can’t stress this enough, but if your wiring is fine then it’s likely the problem lies in your receiver. Most models have a wide range of settings, so it’s important to spend time getting them right.

Having muffled surround sound can be an irritating problem, but is usually relatively easy to fix. I find it’s best to do a methodical check of the system before playing with the receiver settings, but these 2 steps should be enough to get the problem solved.