Setting up a home theater can be great fun, but all the different acronyms you have to deal with can become confusing. I decided to do a bit of research into what PMPO stands for in a home theater setup.

So, what is PMPO in home theater? In home theater, PMPO is an acronym for Peak Momentary Power Output and is theoretically a measure of how much power the speakers give out, measured over a short period of time. However, there is some controversy over whether PMPO is really an accurate and useful measurement to use. 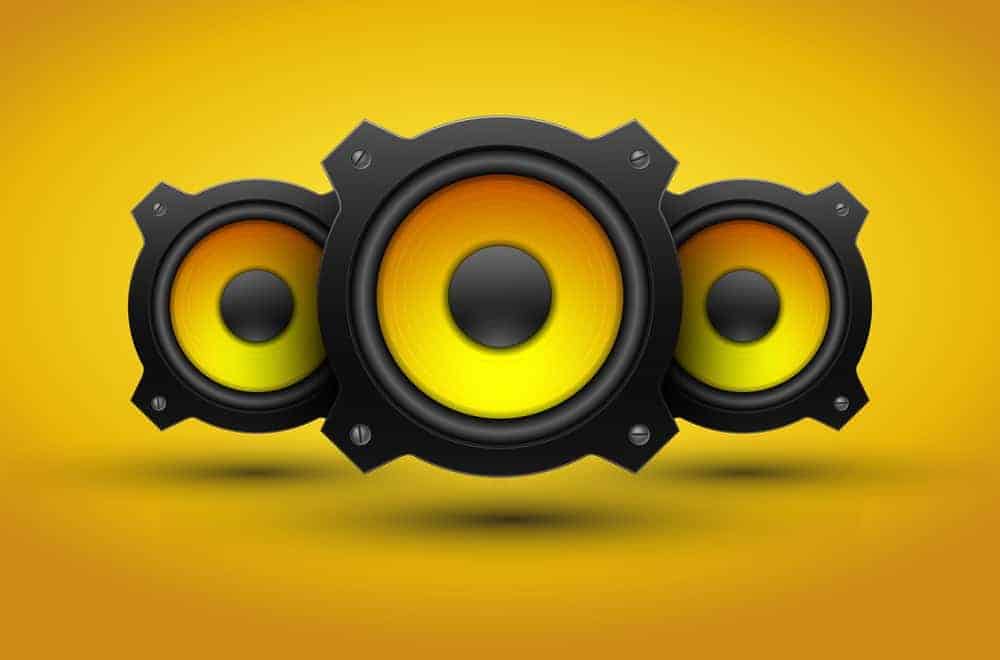 Although knowing what the acronym stands for is the first step to understanding, it doesn’t really make the issue much clearer. In this article I’ll be looking at what PMPO really means, whether it’s worth using, and any alternatives available for accurate speaker measurement.

The actual term peak momentary power output is reasonably self-explanatory: it simply measures peak performance over a small space of time. But how much value does this really hold when it comes to measuring the power output of a speaker? In short, not much.

PMPO refers to the maximum power a speaker can give out under perfect conditions, which is something that not every home has. The rating is established in the factory, where controlled settings are much easier to come by. Unfortunately, your home will have many factors that influence the power output of your speakers.

The biggest flaw in using PMPO as a unit of measurement is that it emphasizes momentary power output, rather than sustained power. Although “momentary” is quite a vague term, it refers to a period of microseconds. As you can see, this really is momentary.

This of course raises some issues, most notably because no musical note is really that short. Therefore, it doesn’t really measure anything of value because this peak power can’t really be understood in any worth when it comes to speaker power or sound quality.

PMPO is usually written as “watts PMPO” on packaging, as power output of speakers is measured in watts. So a speaker that has 1000W PMPO essentially means that the speaker is capable of putting out 1000W of power for a momentary amount of time, which could be microseconds.

Generally speaking, PMPO is mostly a marketing ploy to make a set of speakers sound more powerful than they actually are. Having a PMPO of 1000W makes speakers sound much better than their standard watt rating. However, some people use this as a measurement when deciding which speakers to buy, although it’s really not that helpful.

Another big issue relating to the idea of momentary output is that if speakers were able to consistently pump out 1000W of power, it would most likely damage the amplifier they’re connected to. This is simply because the amplifier will be in line with the speaker’s constant power output, not their peak performance. Again, PMPO is little more than a marketing trick.

Is PMPO worth paying attention to?

As you can probably tell, I have a bit of an issue with the idea of PMPO. It’s essentially just used in advertising and has no real value to audio professionals or home theater enthusiasts.

However, many people do pay attention to PMPO, simply because they’re drawn in by the big numbers. While this might sound patronizing, it’s fair to say that many people who go out hunting for speakers will be looking for fairly powerful models. Very few people go out looking for second-rate speakers, unless they have a genuine reason for needing them.

The unfortunate thing is that it largely works as an advertising trick. I’ve lost track of the amount of people I’ve seen buying sub-par speakers who appear to be sucked in by things like the PMPO rating. It’s only later that they find the speakers really aren’t up to scratch, and definitely weren’t a good choice for their home theater setup.

So in short, PMPO isn’t really worth paying attention to.

It’s not an accurate representation of a speaker’s power output, and if speakers were to sustain the advertised level of power it would most likely cause damage to the rest of the home theater setup. It’s fair to say that whoever invented PMPO is a genius, but it shouldn’t have any bearing on which speakers you actually choose.

What to use instead of PMPO?

When it comes to buying a new set of speakers, it’s important to know whether they’ll be right for your setup. Along with physical size and speaker type, knowing the speaker’s power is obviously very useful too. After all, you need to know whether the speaker will actually fill your room with sound.

So if PMPO is of little use for working this out, what can you use? Well at the most basic level, the speaker’s wattage is a perfectly acceptable measurement. Alternatively, you can use something called RMS. This is an arguably more scientific and accurate measurement for knowing whether speakers will be right.

RMS stands for Root Mean Square, and is used to measure power outputs of your speaker system. The math behind what this actually means can be quite confusing, but essentially it’s the square root of the mean square of a set of values. It’s also known as the quadratic mean.

The biggest difference between RMS and PMPO is that RMS measures power output over time, rather than at peak performance (source). This makes it a much more accurate and useful measurement to use because you can get a much better understanding of what the speakers will actually do.

For example, if a speaker has an RMS of 200W, this means it can comfortably produce 200W over a period of several hours. On the other hand, a speaker with a PMPO of 200W can only produce this momentarily, and therefore is of little use for deciding speaker power.

As a general rule, you can use the peak rating to determine a speaker’s RMS. It’s important to note that peak power isn’t necessarily PMPO, but is what’s advertised as the speaker’s peak power. If you take this value and times it by 0.707, you’ll be able to find out the speaker’s RMS.

However, if all this sounds a bit complicated, it’s always worth sticking with the speaker’s wattage, as this is the most accurate representation of its power output. Considering speakers are generally used for periods of time rather than momentarily, you want to pay attention to its consistent power output.

Choosing the right speakers based on power

Choosing the right set of speakers can be difficult, but there are a couple of things you should pay attention to when buying a new set. Here are my top tip for deciding which set of speakers will be best for you based on their power and other factors. This is by no means an exhaustive list, but these are just the most relevant factors based on things like PMPO.

If you’re building your system from scratch, then this won’t be as big an issue. Instead, just make sure that all your components match up when choosing them. The same logic still applies, but if you have your eye on a certain amp then build your system around this. You’ll have a much better time using your money to invest in better quality speakers with a lower power output rating.

This is definitely an important point when it comes to speaker power. It should be decided mainly by the size of your room and the type of sound experience you want. For example, a stereo setup (2 speakers and a subwoofer) will need a higher power rating than a surround sound setup for the same room. As a rule, large spaces will benefit more from surround sound.

3. The size of speakers

The physical size of the speakers you choose is another important factor. Large tower speakers will generally have several actual speakers in their housing, whereas smaller speakers might only have one or two cones.

Make sure you choose speakers of an appropriate size for you room. If you only live in a small apartment then you won’t need 5ft tower speakers, and could probably get away with bookshelf speakers of good quality instead.

When it comes to choosing speakers for a home theater, PMPO isn’t a useful measurement to consider. I find that you’re better making your choice based on budget, needs, and room size, as this will lead to a more accurate decision. Also, don’t forget to do plenty of research before making your choice!