One of the best things about home theaters is that they offer a range of flexible projects. I’ve been asked several times how to connect two home theaters together, so this seemed like a good project to write about.

There are two main ways to connect home theaters together. The first is to run one video source on multiple screens, such as in two rooms. The other is to use spare speaker ports on a receiver to play music in multiple rooms; such as you might do during a party.

These are both slightly complicated projects because they involve a good knowledge of wiring and home theater equipment. In this article, I’ll talk you through these two ways of connecting two home theaters together, along with all the equipment you might need.

How to connect two home theaters together

Possibly my favorite thing about home theaters is that there’s so much scope for customization. Once you’re familiar with the basic principles of setting up a home theater there are so many directions you can take it in.

Arguably one of the most effective projects is multi-zone media. In short, this means using a single home theater hub to play media in several different rooms in your house. Effectively this is what we’re going to be concentrating on in this article when we talk about connecting two home theaters together.

Some higher-end home theater receivers already have multi-zone modes fitted. If a receiver does, it’ll have speaker ports labeled “zone 1”, “zone 2” etc. However, there are ways to create a multi-zone home theater using a standard receiver, which is what we’ll focus on here.

It’s worth mentioning at this point that the main drawback of connecting two home theaters together is that you’ll have to play the same media in all locations at once. In order to play different media in different areas you’ll simply need two home theater systems, including two separate receivers.

However, this method of connecting two home theaters together is ideal if, for example, you want to play music throughout your house when having a party, or want to play a movie on a TV in one room and on a projector in another room.

I consider this method to be ideal if you want to set up an outdoor cinema area, as this kind of project won’t really get used enough to justify installing a dedicated system. Having a home theater that you can divert to a second screen when necessary is much more cost-effective.

As I mentioned earlier, the methods I discuss here do need a bit of home theater knowledge, simply because you’re going to be wiring, and need to ensure you’re buying the right equipment. However, if you installed your own home theater in the past then you should have enough knowledge. 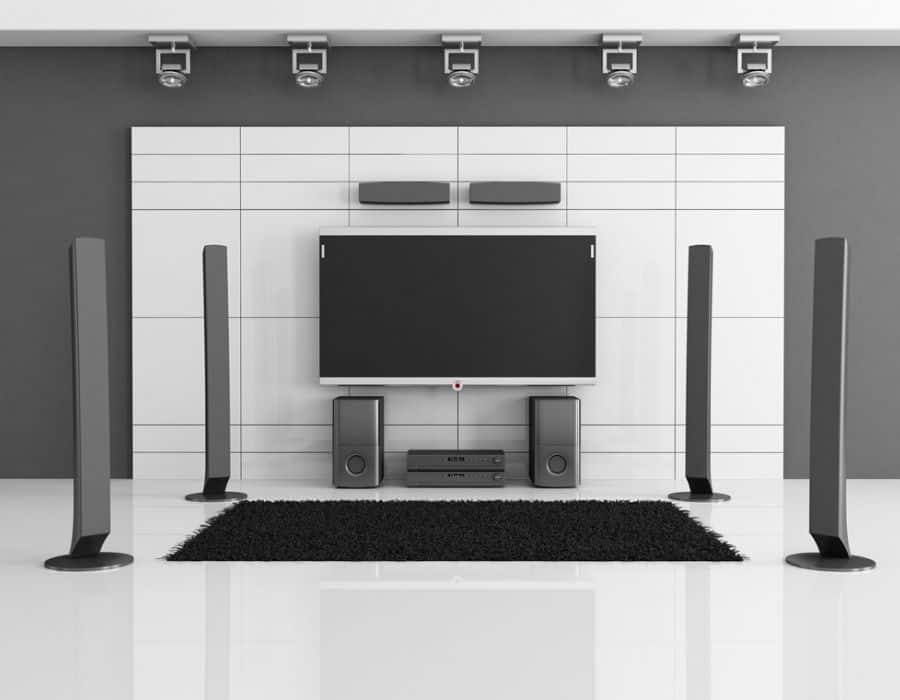 Connecting two home theaters together for video is a surprisingly useful option. Perhaps your kids are having a slumber party and want to enjoy a film with their friends, or perhaps you want to have an outside theater for in the summer.

Either way, it’s entirely possible to run an input source onto two output sources at the same time. Bear in mind, though, that this will mean they run in parallel rather than showing two different pictures.

To do this you’ll need something called a HDMI matrix. This is a surprisingly useful piece of equipment that effectively does the opposite to a HDMI splitter: it sends a signal from a single input source to multiple output devices, rather than the other way around.

All you’ll need to do is the following:

It’s likely that you’ll need to buy a fairly long HDMI cable for your second output device, although it shouldn’t be difficult to find one of the right length. Also, you shouldn’t need an active HDMI cable unless you’re running the signal across quite a large distance.

Bear in mind that a HDMI matrix isn’t a particularly cheap piece of equipment, and you’ll want one of good enough quality that it doesn’t impact image quality. However, there are plenty to choose from across a range of budget options.

Although the process of connecting two home theaters together for video is fairly simple, there are some extra things you need to consider when setting this up. Here are my main tips to consider for this option:

First, bear in mind that you’ll need sound output in both locations, for obvious reasons. To get around this, I’d recommend having a TV in the location that’s not your home theater room, as this means you’d have the TVs stereo speakers at minimum.

The other option is to have a receiver with multi-room speaker channels. This will allow you to connect several speaker sets together and then send the audio tracks, in full surround sound if applicable, to multiple locations.

Second, remember that your system will only be as good as the weakest link. By this I mean that both output devices must have the same screen resolution and aspect ratio, as they’ll effectively be mirroring the same image.

Similarly, both have to match your input device. In short, this translates to you either having a full HD or 4K setup in both locations so everything matches and you have no issues with playback.

Also, while cable quality is only relevant to an extent, ensure your HDMI matrix is at the same level of quality. It should also match the level of HD you’re using, but many HDMI matrices have 4K capability. 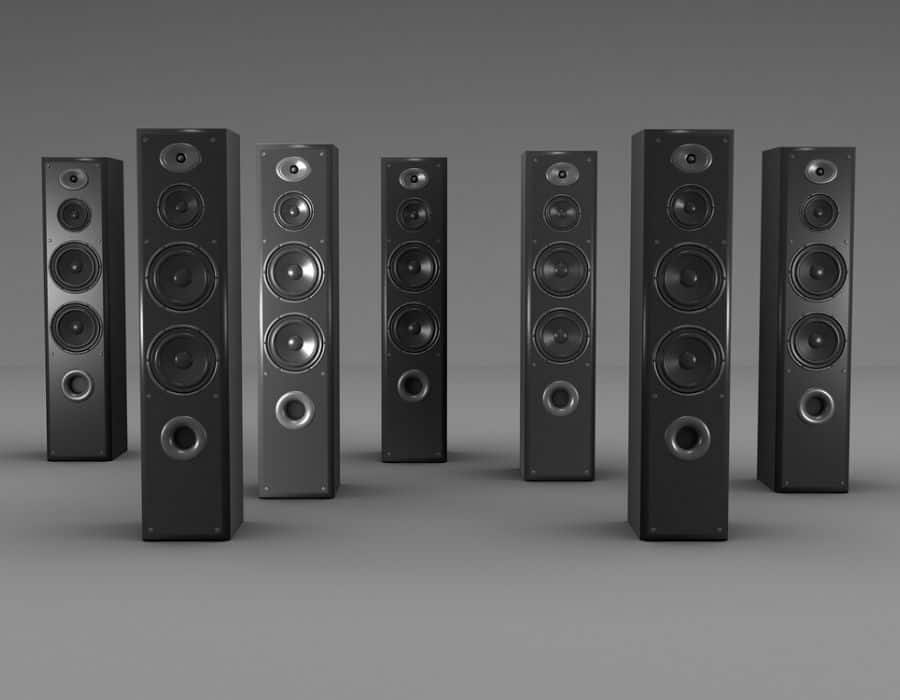 The second option for connecting two home theaters together is for audio only, but is arguably much easier to set up. There are a couple of ways you can do this, aside from the previously mentioned multi-zone receivers.

The first option is to use any spare speaker channels to power speakers in a separate room. Providing there is enough power in the receiver you should be able to power a subwoofer too.

Another option is to use something like a Sonos:Connect, which is effectively a wireless smart speaker that can stream content from your receiver. However, the major downside with this is that you’ll lose a level of audio quality by converting the audio to wireless signals.

The first option is possible for music only because it can only play stereo audio. All you’re basically doing is using spare speaker ports to power a secondary stereo speaker system in another room from your AV receiver.

You could also try connecting the second set of speakers to your AV receiver via the optical out cable, but this will prevent you from being able to listen to music in both locations at the same time, although this might be preferable in some situations.

The biggest thing to remember here is that this option only works for stereo audio, such as music. However, this can be ideal if you want to play something in several rooms at the same time, such as during a party.

However, if you’ve got the budget then I’d probably recommend going with wireless smart speakers. While I don’t usually advocate an option that results in lost audio quality, the situations in which you’d be using this option don’t often require lossless audio.

Similarly, wiring up a single receiver to play audio in several rooms can be a bit limiting because of how many wires you’ll have to run. That said, if you’ve got spare speaker channels on your receiver, and have some time on your hands, it can be a worthwhile project.

Alternatively, invest in a receiver that already has the multi-room function. This is arguably the best compromise because it already has the parts needed to wire up secondary speaker systems, and you don’t lose any audio quality converting it to a wireless signal. 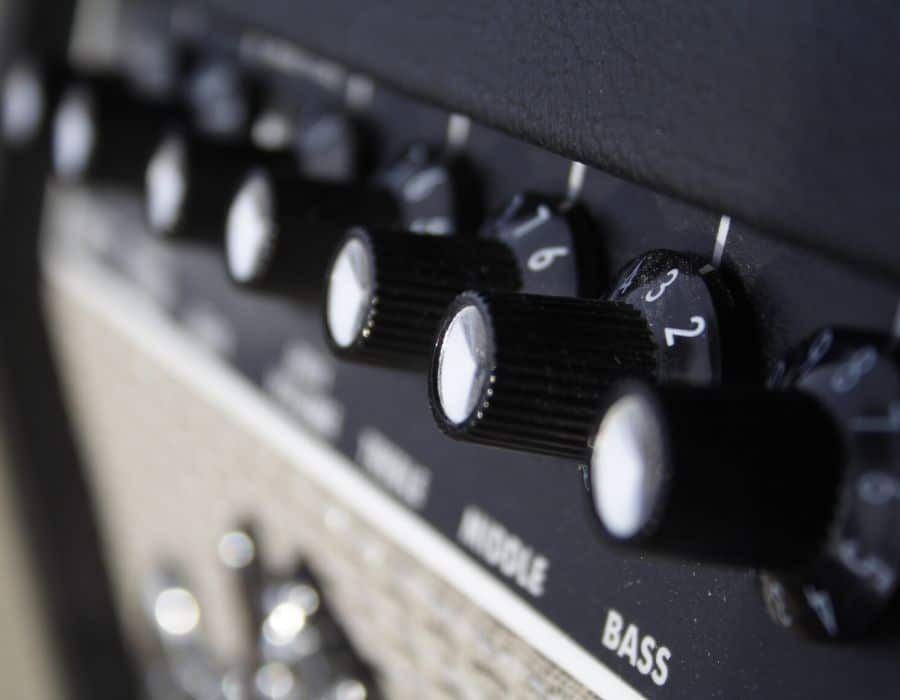 Although not technically connecting two home theaters together, another option for multiple audio is to connect a second amplifier to your home theater receiver. Using a stereo amplifier gives you options for adding more speakers into your system.

To do this you’ll need your normal receiver with surround sound channels. I’m going to talk about the Yamaha RX-13080 here because it already has 9 amplifier channels: 7 for speakers and 2 for subwoofers.

Combine this with an external stereo amplifier of your choosing and then connect everything as follows:

Pros of a two amp system

Setting up two amps like this has one major benefit: all your stereo devices can be connected directly to the stereo amps and speakers, making a complete circuit with no lost audio quality.

However, it still allows you to have surround sound whenever needed because the stereo speakers are still wired in circuit to the receiver. In short, it gives you the best of both worlds.

The second major benefit is that it allows you to add in extra speakers because your receiver isn’t being used to its full potential. Using the Yamaha receiver, for example, means you could jump from a 7.2.2 setup to a 7.2.4 setup, effectively increasing your level of sound immersion.

You could also consider sending the power for the extra speakers to another room, like I discussed above. However, if this is the case, you might as well just use the second amp in a different room.

Cons of a two amp system

The biggest issue you’ll inevitably face here is problems with sound matching. For example, you might hear inconsistences when using the speakers for surround sound, particularly between the front and central channels.

However, you can compensate for this through thorough research and appropriate matching of your devices. Also, the sound can be balanced whenever you notice issues, and it’ll only be when using it for surround sound.

The other issue you’ll face is with price, although this is subjective. Those who truly appreciate stereo audio will notice the jump in quality, as a dedicated stereo amp will be better for stereo audio than an AV receiver.

However, not everyone can justify paying out for a second amp. If you don’t think your budget can stretch, then I’d recommend just sticking with your normal AV receiver, as it’s better to have a good receiver than two poorer quality amps.

This option is worth a go if you’re a fan of stereo music from analog sources, such as record players. If you mostly stream or download music, then you might as well stick with a normal system because these formats are already affected, meaning you won’t get as much benefit from the job.

Connecting two home theater systems together can seem like a complicated task in theory, but providing you have a bit of home theater knowledge then it shouldn’t be too difficult.

The best advice I can give is to know what you want to achieve from the project before you start. Knowing your end goal makes the process so much easier because you know what equipment to look for. Also, don’t overlook the power of forums, as it’s likely someone else has already had the same issue as you.